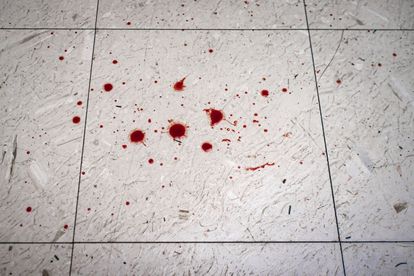 The man from George convicted for the rape and murder of a young mother, Bianca Chantel Matroos is expected back in court on Wednesday.

THE MAN WAS CONVICTED BUT STILL NEEDS TO BE SENTENCED

According to National Prosecuting Authority (NPA) spokesperson Eric Ntabazalila, the Western Cape High Court has convicted Revticken Patrick Muller, for the rape and murder of Bianca Chantel Matroos on 15 November 2019, after a night out at a nightclub in George.

“The case has been postponed to Wednesday 23 February 2022, for arguments in aggravation and mitigation of sentence. The accused will remain in custody.

“The successful conviction follows an intense investigation by members of the South African Police Service (SAPS), who followed the movements of the deceased and the accused, using CCTV footage from the nightclub to where her naked body was found at the George Riding Club,” Ntabazalila said.

During the trial, the prosecutor Adv. Evadne Kortje told the court that Muller met the 37-year-old Matroos at Club Nitro in George on 14 November 2019.

IT IS BELIEVED HE FORCED HER INTO HIS VEHICLE

“In the early hours of the following day, the Muller forced Matroos into a vehicle and drove off with his friends.

“She was last seen in his company and her body was discovered on 17 November 2019, between two concrete blocks in the open cross-country field of the George Riding Club,” Ntabazalila said.

On 24 November 2019, Muller was arrested by members of the SAPS at the same club where he met Matroos.

Acting Western Cape Director of Public Prosecutions, Adv. Nicolette Bell welcomed the outcome saying it was a first step in ensuring justice for the deceased

THE OUTCOME OF THE CASE WAS WELCOMED

She added that fight against gender-based violence and femicide was one of the top three priorities for the National Prosecuting Authority (NPA).