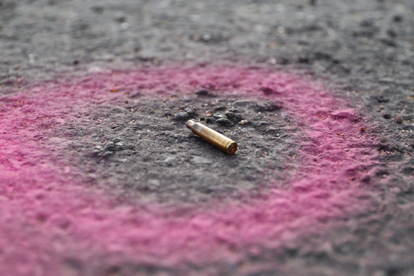 A man who was allegedly murdered at School Road in Verulam, KwaZulu-Natal (KZN) was found clutching to a bag of cocaine and other drugs on Friday night.

A resident made the gruesome discovery when he approached the vehicle which reportedly blocked his driveway, he found a male slumped in the driver’s seat bleeding profusely from a wound to his head.

According to Reaction Unit SouthAfrica (RUSA), officers directed to the scene and upon arrival found the driver gasping for breath in a white VW Golf 1 with Eastern Cape (EC) registration plates.

Medics were reportedly expedited to the provided location in the vicinity of the Parkgate Primary School to render immediate medical assistance.

“Upon arrival, Paramedics found that the man had succumbed to his injuries. He sustained a single  entry/exit gunshot wound to his head. A 9mm spent cartridge was found on scene.

“The man was found clutching a bag of cocaine and a second bag of drugs was found in the vehicle. The deceased was not immediately identified. According to residents, he was not from the area.”

The scene was handed over to the South African Police Service. A case of murder is being investigated.