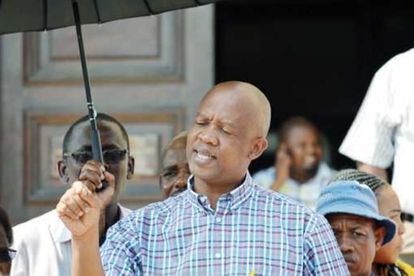 Former municipal manager of Moretele Municipality is accused of contravening the Municipal Finance Management Act and allegedly unlawfully awarding a multimillion-rand tender to an IT company.

Theletsi Roger Nkhumise, 49, appeared before the Moretele Regional Court on Friday. He is charged with contravening the Municipal Finance Management Act (MFMA) by appointing a company for ICT services in 2016.

The service provider was allegedly paid an amount of approximately R2.15 million in total.

Nkhumise is accused of appointing Flame IT Strategy to render ICT services for the Moretele Municipality.

“The original contract between Flame IT Strategy and the Madibeng Local Municipality was reportedly remaining with only 23 months until its conclusion. But, Moretele Local Municipality appointed the said service provider for three years.”

But this was done in violation of Regulation 32 of the Municipal Supply Chain Management Regulations. The regulation is wrongly, deliberately and unlawfully applied by Nkhumise.

ALSO READ: Mother of two sentenced for defrauding Black Like Me manufacturer

“When Moretele Local Municipality inherited the contract for ICT services from Madibeng Local Municipality, irregular provision was allegedly made in subsequent Service Level Agreements for Flame IT Strategy to be appointed for additional work without following processes,” said the Hawks.

IT COMPANY DID NOT GO THROUGH THE PROPER PROCESS

Flame IT Strategy was allegedly appointed without a competitive bidding process. Thereafter, the contract was extended, deviating from the prescripts of Regulation 32.

“Additionally, the pricing for the contract was allegedly also different from the pricing of the inherited contract. The service provider was allegedly paid an amount of approximately R215, 711,00.71 in total.”

The matter is postponed to 17 August for disclosure of docket and legal representation.

Hawks Provincial Head Major General Patrick Mbotho warned that: “People who use their positions of power to promote criminal activities will face the full might of the law.”

He further thanked the NPA and the National Treasury for ensuring this matter is heard before the courts.