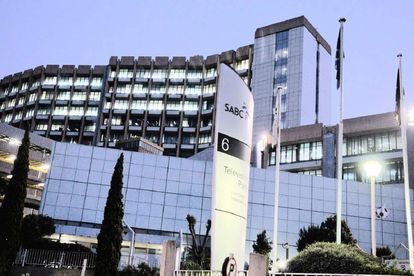 Broadcasting giant MultiChoice has indicated its support over proposed measures to save the embattled South African Broadcasting Commission (SABC), who plan to implement a R265 yearly licensing fee to all South African households able to view their content.

The controversial plan would essentially see any household with access to a tv, laptop, smart phone or tablet charged an annual levy that the broadcaster hopes will salvage them from the financial distress they currently find themselves in. This would replace the existing TV Licence structure.

South Africans have reacted angrily to the notion that they should have to pay for the errors made by the SABC’s management over the years, even if they simply have access to the broadcaster’s content and choose not to watch anything it has to offer. The Democratic Alliance (DA) have called the proposed levy a “stealth bailout” and categorically opposed it. The measure would supposedly generate around R2 billion a year for the SABC.

The SABC submitted a 40-page document to the Department of Communications last week in which they detail the proposed levy and its collection system, saying that it should replace the current TV Licence structure.

“Essentially, the SABC submits that the public broadcasting levy should become a device-independent levy on all households that have the possibility of access[ing] public broadcasting content whether via the internet, mobile, analogue or any digital broadcasting platforms, with exemptions for indigent households and discounts for pensioners and other designated persons,” they said, adding that the the collection of the licence fee from subscribers, per household, is “not an onerous requirement from a systems point of view, noting it amounts to 72c a day based on the current licence fee”.

MultiChoice in favour of Broadcasting Levy

MultiChoice said on Tuesday that the proposal would eradicate the “outdated” TV licence model that they believe is not on in line with “international best practice”.

The broadcaster said that it is in favour of a “more effective, ring-fenced public broadcasting levy”, and suggested that this should preferably be collected by  the South African Revenue Service (SARS).

They’re endorsement of the proposal is the polar opposite of they’re appraisal of the plan offered just last week, when they suggested that the plan is unfeasible and “not worthy of any serious consideration”.

The endorsement follows the latest round of retrenchments effected at the SABC, who confirmed the dismissal of 12 SABC radio station managers on Monday 8 March, with the company now initiating a revised structure for its radio titles that will see certain stations clustered together in various “combos”.

Vuyo Mthembu, SABC spokesperson, said that within the new structure, marketing managers will be reporting directly to corporate affairs and marketing departments “to ensure efficiency in the delivery of the organisation’s marketing objectives”.

“Furthermore, station managers are now called business managers as this will ensure that business managers of each station take full ownership of the profit and loss responsibility, drive revenue and listenership growth whilst fulfilling the SABC’s mandate of informing, educating and entertaining South Africans,” he said.