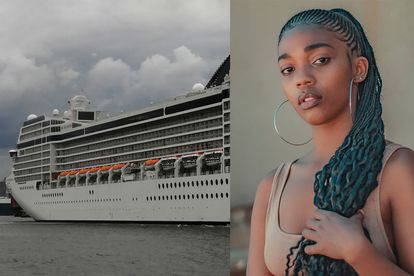 Global cruise line company, MSC Cruises, says they also want answers regarding the death  of Hombisa Mafuduka’s death in one of its cruise ships in March this year.

Hombisa Mafuduka from Lusikisiki in the Eastern Cape left home in January to work for MSC Cruises and was declared dead on 24 March 2022 while the cruise liner was returning to Durban from Mozambique.

As previously reported, Hombisa’s aunt, Lulama Mafuduka said the family was told that Hombisa vomited blood, was taken to hospital and resuscitated.

On the way back she collapsed and unfortunately passed away, making them believe it was a natural death. They were also told a water tight door squeezed her.

Lulama also claimed that an autopsy was done without any of the family members present.

“When police finally allowed me to see her body and to my surprise and complete shock, I found the opposite of what was said, she had a major head injury with a broken neck.”

MSC Cruises SA spokesperson, Lebo Mavuso had said that they were in close contact and the company provided support to the family. Mavuso also said they were hopeful that more light would be shone on the circumstances and cause of Hombisa’s untimely death.

MSC Cruises SA said they understand the family’s frustrations however, they too want clarity on what happened as much as the family.

“It is somewhat disheartening to see incorrect rumour, innuendo and speculation being aired in the public domain about this awful tragedy and us being directly accused of not being transparent.

“We said to the family on that awful occasion that we did not understand the reasons for her death and that a full investigation would be conducted by the police,” MSC management said.