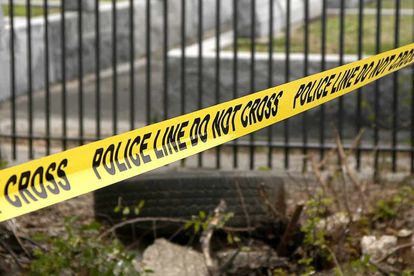 A police officer who was returning home from work on Tuesday evening was gunned down in an apparent assassination. The Mpumalanga-based cop pulled into his driveway, where he was picked off by his assailant.

It’s understood that there are multiple suspects in this crime. No arrests have yet been made and as IOL report, the perpetrators fled the scene without taking anything of value.

Mpumalanga police officer murdered – what we know so far:

Colonel Fana Simon Maseko tragically lost his life in the incident and was pronounced dead at the scene when medical crews showed up to help. No motive has yet been established for his murder.

General Khehla John Sitole is the National Police Commissioner. He confirmed that a large-scale manhunt had been launched by SAPS, who are determined to stop these crooks in their tracks.

“An attack on a police officer is an attack on the nation and as a nation, we need to rally together to bring these continuous attacks on our men and women in blue to a grinding halt.”

“Our 72-hour activation plan will also be supported by a specialised tactical team including members of the Task Force, the National Intervention Unit and/or the Tactical Response Team in Mpumalanga when the need arises.”

How police are dealing with this

The 72-hour activation plan is used for the most high-profile crimes committed in South Africa: We’ve most recently seen it put in place for cash-in-transit heists and to find the killers of Themane Thoriso.

The operation coordinates SAPS with other crime-fighting units, such as Crime Intelligence and Hawks, to speed up the process of finding the suspected killers. Their main job is to gather evidence and ensure that no information is lost or overlooked during an investigation.