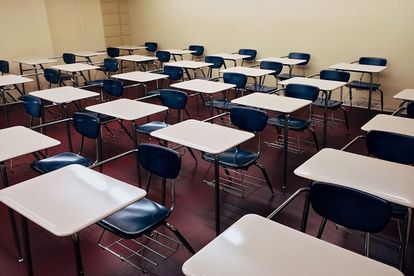 The National Council of Province’s (NCOP’s) was told that Mpumalanga needs to build nearly 400 schools. This needs to be done to cater for the increasing population of the province, according to senior officials.

The NCOP’s were informed about this during an oversight visit in the province during Provincial Week. A statement revealed that the briefing of the NCOP delegation formed part of the week’s activities.

The fast-growing population has needs that must be addressed

The provincial education Head of Department Lucy Moyane stated that 383 schools are needed. This is based on guidelines set by human settlements planning.

“When one looks at the population, the fast-growing towns and the schools that we currently have, there is a need for about 383 new schools in the province,” Moyane told the NCOP delegation.

Moyane shared that her department does not currently have the budget to address the shortage of classrooms as well as building new schools. She did, however, report that work is underway for the construction of a school catering for blind and deaf students as the need was identified a few years back.

After the three-day oversight in Mpumalanga’s Ehlanzeni Distract as well as the interaction with numerous stakeholders, the NCOP delegation came to a conclusion. It was realised that the province is able to deal with the needs of its communities but there is room for improvement.

House Chairperson for Committees and Oversight in the NCOP Jomo Nyambi spoke about the assessment. He revealed that the state capacity in Mpumalanga is able to deal with the needs of the people.

“There is room for improvement and we have identified specific issues that will be referred to the relevant departments to act on,” said Nyambi.

The leader of the NCOP delegation Audrey Maleka applauded the municipalities and departments for efforts in service deliveries, financial performances and audit outcomes.

The foreign nationals are from countries such as the USA. Gauteng, Eastern Cape and Mpumalanga have the highest number of fake private colleges, said the department. Deputy Minister of the department Buti Manamela stated that his department has laid charges with the FBI.

The department was briefing the oversight committee on Higher Education and Training in Parliament. Manamela told the committee that the number of illegal colleges have shown a decline recently. However, they are still coming back in some parts of South Africa. Read the full story here.