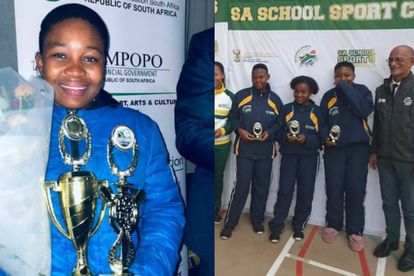 Mpumalanga learner Sarah Karabo Mnguni will be flying the South African flag high when she represents the country in Mawali later this year.

MPUMALANGA LEARNER TO COMPETE IN MALAWI

Sarah, a learner at Sovetjheza Secondary School in Siyabuswa, Nkangala District, was selected to represent the South African National Volleyball team in Malawi in December 2022.

“She started playing at a tender age and participated in the Volleyball League Games at the age of 13.”

The Mpumalanga learner was subsequently selected to play for the provincial under 15 Team.

Through her hard work, she was selected to play in tournaments which were staged in Mozambique and Lesotho, and this year’s selection has become a cherry on top for her.

The Department took to its Facebook page to congratulate her and to wish her well in the tournament in Malawi.

“She is truly an inspiration to other young girls who are from humble beginnings seeking an opportunity to make a name for themselves in sports.”

ANOTHER YOUNG TALENT SCOUTED WHILE IN SCHOOL

It seems like it’s becoming a norm for coaches to scout and utilise talent who happen to be in high school.

This after Nthabiseng Majiya (18) was selected to be part of the iconic Banyana Banyana squad that won WAFCON in July.

Nthabiseng, a Grade 11 learner from Orion High School in De Aar, in the Northern Cape, was the youngest player in the squad.

She was not just a reserve player, but one that was instrumental in the victory of Banyana Banyana.

Nthabiseng scored a critical goal in the tournament against Botswana after replacing Tembi Kgatlana in the dying hours of the #TotalEnergiesWAFCON2022 match.

For her hard work, Northern Cape Provincial Government gifted her with an R100 000 cheque during a Women’s Day function.