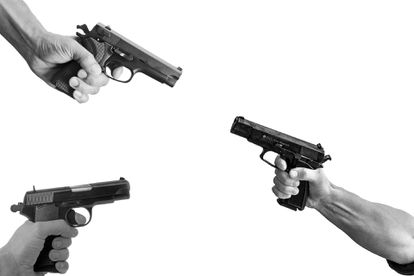 A parolee was shot dead by a farmer after he was allegedly found inside a farmhouse which was ransacked in Hendrina, Mpumalanga on Sunday evening, 2 October 2022.

The parolee was identified as 39-year-old Joseph Vilakazi

South African Police Service (SAPS) spokesperson in Mpumalanga, Colonel Donald Mdhluli said members were summoned to Vlakfontein farm in Hendrina to attend to a shooting incident. Upon arrival, they found a lifeless body of Joseph Vilakazi (the parolee) who sustained some gunshot wounds.

Mdhluli said four individuals who identified themselves as farmers were also present and introduced themselves to the police as neighbours of an elderly couple who went to hospital to be treated for shock after the shooting incident.

“The report indicates that police were informed that the couple returned home from an outing and on their arrival at about 18:30 and as they opened the door, they were accosted by an intruder, armed with a knife in his hand.

“Thereafter the alleged suspect was somehow shot by the 70-year-old man. Vilakazi is said to have tried to find refuge through the window upstairs during which he sustained further injuries. The parolee was certified dead on the scene.”

Mdhluli said  a further revealed that the suspect was previously linked to rape and house robbery cases, about 14 housebreaking and theft cases, assault with intention to cause grievous bodily harm, hence he was previously sentenced to 15 year imprisonment and was currently out on parole.

Police are reportedly probing the circumstances surrounding the fatal shooting incident and the docket will thereafter be sent to the Director of Public Prosecution for a decision.