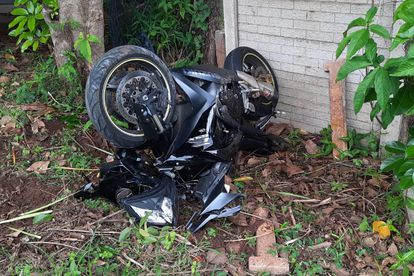 A motorcyclist sustained critical injuries after he lost control of his motorcycle in Durban North on Sunday.

According to Netcare 911 spokesperson Shawn Herbst, paramedics responded to the accident on Sunday afternoon.

WHERE DID THE ACCIDENT HAPPEN?

“At 15:05 on Sunday, Netcare 911 responded to a collision on the corners of Avon and Kenneth Kaunda Avenue in Durban North.

He said reports indicate that a motorcyclist lost control negotiating a bend, slamming the motorcyclist into the pavement curb.

“When paramedics arrived on the scene, they found the motorcyclist, in a critical condition.

“The man’s motorcycle was found against a boundary wall.”

THE MAN WAS RUSHED TO A NEARBY SPECIALIST FACILITY

Once stabilised, the motorcyclist was rushed to a specialist medical facility for the care he required.

ALSO READ: Missing woman killed in an accident at the notorious Voëlklip cliff

Meanwhile, in an unrelated accident, a man was killed while five others were seriously injured.

“On Friday afternoon, Netcare 911 responded to a collision on Chris Hani Road in Mpophomeni, Pietermaritzburg.

“Reports indicate that the driver of a light motor vehicle lost control, resulting in the vehicle leaving the road, where one occupant had been ejected through the front windscreen,” Herbst said.

ONE PERSON, A MAN WAS DECLARED DEAD ON THE SCENE

When paramedics arrived on the scene, they found that one person, a man, had sustained fatal injuries and was declared deceased on the scene.

Herbst said three other men and two women, all occupants of the car, had sustained serious injuries.

All the patients were treated on scene and once stabilised were transported to hospital for further care.