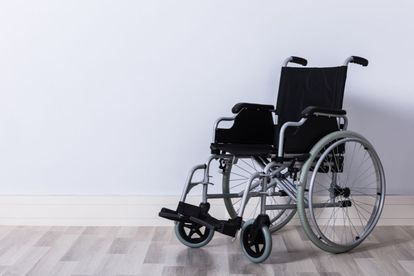 In a horrific ordeal, a Joburg mother claims that the Helen Joseph Hospital staff ignored her critically ill daughter, ending in finding her dead in the same spot she had left her the day before.

THE MOTHER FOUND HER DAUGTHER DEAD AT THE SAME SPOT

Nqobile Dube, took her 26-year-old critically ill daughter Sichelesile to the hospital on Monday at 1 pm and was told she would be admitted at 9 pm that night.

But when she came back late on Tuesday afternoon, she found her daughter dead in her wheelchair at the same spot, with her mouth and eyes wide open.

Dube told Eyewitness News was that not a single staff member seemed to notice until she made them aware of the death.

“I went to call a sister to help me [and] she said she couldn’t [because] she is busy. I tried to lift her, but she was gone,” Dube said.

DA Gauteng Shadow MEC for Health Jack Bloom MPL said he was horrified by the ordeal suffered by devasted mother.

“This terrible story highlights once again the neglect that many patients have experienced at Helen Joseph’s casualty, which is grossly overcrowded with patients who can wait days before being admitted to a ward.”

He said the situation has worsened with the Covid-19 epidemic and the extra burden of patients who would have gone to the Charlotte Maxeke Johannesburg Hospital (CMJH), which has been largely closed since the fire there in April this year.

“Instead of assisting the Helen Joseph, the Gauteng Health Department has dithered in reopening the safe parts of CMJH and wasted huge amounts of money in building extra beds in the wrong areas without staff and equipment.

“This includes R500 million spent on the 181-bed Anglo Ashanti Hospital in the Far West Rand that does not even have oxygen for the small number of Covid patients admitted there.”

According to Bloom a full investigation is needed into this incident where the mother found her daughter dead.

“But what is really required is a complete overhaul of the Gauteng Health Department to ensure that money is spent effectively to ensure adequate staff and equipment at all public hospitals.”