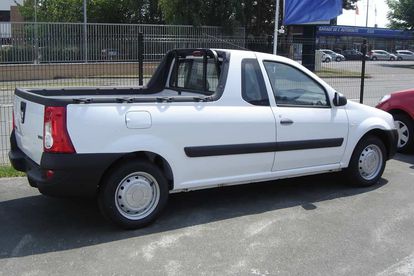 South Africa’s roads are notoriously dangerous – almost 13 000 people died in vehicle accidents during 2018 – so our cars have to be well-equipped to deal with these robust challenges. However, a recent report released by the AA shows that some of our most affordable vehicles simply aren’t up to scratch, and remain perilously unsafe.

The 2019 Automobile Association (AA) Entry-Level Vehicle Safety Report has assessed the safety rating of 27 vehicles available in South Africa for less than R180 000. In total, only seven of these models recorded an “acceptable” safety rating, whereas 16 of them were declared as “moderate”. Unfortunately, four vehicles were ranked “poor” on safety.

What makes our cars unsafe?

The criteria is assessed on four factors: The availability and performance of the driver’s airbag, the same for the passenger’s airbag, anti-lock braking systems and electronic stability control. Reflecting on their report, the AA stated that there was a “dire need” to beef up the safety standards in some models.

“These results indicate a definite move to more safety features in vehicles, but also point to a dire need for these features to be standard instead of optional, particularly on entry-level vehicles. It’s unsafe.”

“There is no doubt that safety features such as ESC and ABS save lives, and the motoring public should be given these tools as matter of course in the vehicles they purchase, not as ‘nice-to-haves’.”

Most dangerous cars in South Africa valued under R180 000

So, who made the hall of shame? Here’s the list of the four vehicle models which scored a “poor” safety rating:

Safety ratings for each vehicle

After calculating the safety ratings, the AA then allocates a number which outlines the “safety per R10k” of each car. It assesses a vehicle’s monetary value against its own rating. Shockingly, the Nissan NP200 and the JMC 4×2 Boarding both scored a big, fat zero. The Kia Picanto 1.0 Start and the Datsun GO+ 1.2 Lux scored 0.66 and 0.85 respectively.

Given that the top score a vehicle can achieve is 7.50, these numbers are positively paltry. The Volkswagen Take Up is the safest car valued under R180 000, notching an impressive 6.38 rating. Here’s how the other 23 cars surveyed got on, including the six other models which made it to “acceptable”.