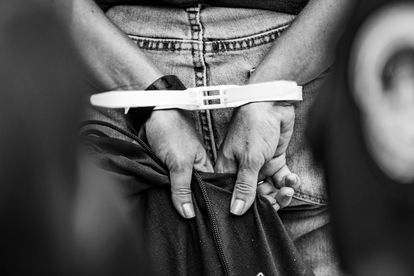 An operation consisting of the South African Police Service (SAPS) and other relevant law enforcement agencies, including Metropolitan Police, Department of Home Affairs, Customs and Department of Correctional Services, has yielded some results and led to the arrests of more than 100 people in KwaZulu-Natal (KZN).

The operation was conducted simultaneously at Durban North, Point, Durban Central, Umbilo, Greenwood Park and other areas within the Ethekwini District, SAPS said.

“The operation focused on drugs, illegal firearms, counterfeit goods, illegal liquor outlets, undocumented persons and offenders who have absconded their parole. A total of 115 suspects were arrested for various crimes including 54 for contravention of the Immigration Act, five for possession of drugs, six for non-compliance of the liquor act, 31 for road traffic offences and six for drinking in public. Municipal by-laws were also enforced during the operation,” said SAPS KZN spokesperson Lieutenant Colonel Nqobile Gwala.

According to SAPS, during the operation, scrap metal dealers were also visited to check compliance in terms of the Second Hand Goods Act. When the team pounced on a scrap metal dealer in Greenwood Park, the owner fled his business premises after seeing them.

“Police recovered copper pipes, copper cables and a railway control arm at the premises. The total value of the recovered property is R30 000-00. All liquor outlets were visited to check if they are complying with the Liquor Act. Three knives were also seized by police. Such operations will be ongoing across the province to curb acts of criminality and remove perpetrators of crime from our streets”