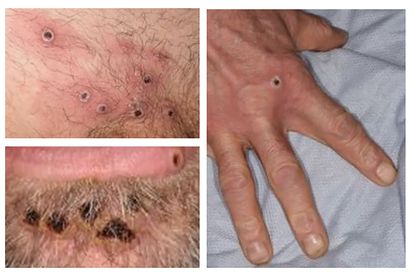 The National Institute for Communicable Diseases (NICD) said there are more monkeypox cases in South Africa but it is unable to say how many at this stage. The Health Minister announced that the first case of the disease had been detected, at a media briefing on Thursday, 23 June.

Dr Joe Phaahla, the minister of health, said he received confirmation of the first case of monkeypox in South Africa from the National Health Laboratory Services (NHLS) late on Wednesday.

“The patient is a 30-year-old male from Johannesburg who has no travel history, meaning that this cannot be attributed to having been acquired outside South Africa,” said Phaahla.

“The patient made a query through a helpline and after working through the case details the decision was made to test for monkeypox,” said Govender, at a media question and answer session held in the wake of Phaahla’s announcement.

Dr Jacqueline Weyer from the Special Viral Pathogens Division at the Centre for Emerging, Zoonotic and Parasitic Diseases (CEZPD), said the infected patient has no travel history, which means the disease was acquired locally.

As previously reported, contact tracing is currently underway and the Institute is working on identifying any additional linked cases of the disease.

“There are other cases in South Africa. How many? We can’t say,” said Weyer. However, monkeypox moves fairly slowly and does not transmit as easily as COVID-19 or the flu. The NICD should be able to find the infected patients and help them isolate and stop the spread.

Weyer said testing for monkeypox is only useful when the symptoms of the disease are present and the best way to sample the disease is through infected skin.

Monkeypox typically manifests as blisters on the skin and typically has a fatality rate of around 1%. It spreads through droplets and transmission is possible through close contact – you cannot get it by simply being in the same room as an infected person.

Weyer said there wouldn’t be any reason to implement any of the lockdown measures seen during the COVID-19 pandemic because the disease is mild, it doesn’t spread as quickly and is unlikely to overwhelm health systems.

“I can’t see any reasoning to bring back any lockdown measures to contain this particular outbreak,” said Weyer.

Mass vaccination is not currently being considered – across the globe – as the cost-benefit is not favourable to it at the moment, but the need could arise in future.

Monkeypox is generally self-limiting and runs itself out without any intervention in most patients – it also does not mutate easily. However, if it is not contained it could mutate, which is a reason why the disease needs to be brought under control quickly, said Weyer.

According to Reuters, the disease has been detected in more than 40 countries where it is not endemic. There are more than 3000 confirmed cases around the world.