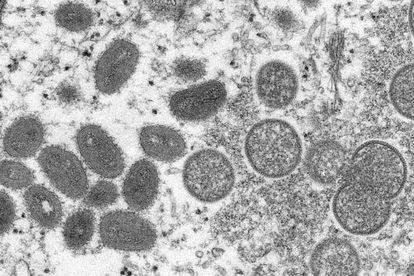 The Minister of Health, Dr Joe Phaahla, called for vigilance from the country after the detection of another monkeypox case in South Africa, in a statement on Tuesday, 28 June.

The second monkeypox patient is a 32-year-old man from Cape Town, Western Cape who has no travel history.

According to the Department of Health, this suggests that there is a high possibility of local transmission in South Africa.

Phaahla announced the detection of the first case on Thursday, 23 June. He said the patient – a man from Johannesburg – had no travel history meaning that the disease could not have been acquired outside the country.

Currently, it is not known if the first and second cases are linked, according to the National Institute for Communicable Diseases (NICD).

“Although, Monkeypox is less contagious than smallpox and causes less severe illness, but the situation is slowly evolving with cases being recorded.

“Therefore, Minister Phaahla urges the public to observe good hygiene practices and other preventative measures which proved to be effective against COVID-19 and other infectious diseases in order to prevent the spread of this virus,” said the department’s spokesperson, Foster Mohale.

The Department of Health and NICD are investigating the source and linkage of the cases in South Africa.

Contact tracing efforts have been underway since the detection of the first case and the situation is being closely monitored – clinicians are on high alert for the tell-tale symptoms.

“While, the World Health Organization has not recommended any travel restrictions, Minister Phaahla says it is important for travellers to endemic countries to alert health officials on the situation to enable them to provide guidance for case detection and management,” said Mohale.

Members of the public who experience monkeypox symptoms, which include blisters on the skin, fever, headaches, swollen lymph nodes and more, are encouraged to visit their nearest healthcare facility for early detection and successful treatment.

The disease is typically self-limiting with a fatality rate of around 1%. It spreads through droplets and transmission is possible through close contact. You cannot get it just by being in the same room as an infected person.

Therefore, it can be spread through close contact that happens during intercourse, according to the NICD, including:

Anyone can contract monkeypox – regardless of sexual orientation or gender identity. However, global data suggests that people with multiple sexual partners have an increased risk of infection.

The Institute said since May 2022 infections have been reported in more than 4000 people from several European countries, the United States of America, Canada, Morocco and the United Arab Emirates.

It is the first multi-country outbreak of monkeypox and is the largest recorded thus far.

“Prevention of infection hinges on the isolation of cases until fully recovered. The risk to the general population is considered low, given the low transmissibility of the virus,” said the NICD.

READ: Monkeypox: Mass vaccination and lockdowns not being considered – NICD