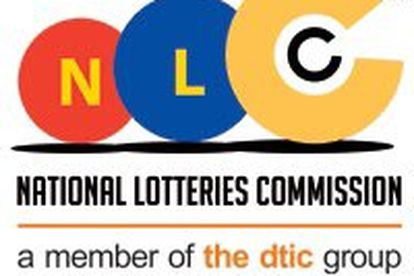 Former board members of the National Lotteries Commission were implicated in money laundering and corruption Photo: Supplied

Former board members of the National Lotteries Commission were implicated in money laundering and corruption Photo: Supplied

A probe by the Special Investigating Unit (SUI) has uncovered money laundering and corruption at the National Lotteries Commission.

NLC BOARD MEMBER IMPLICATED IN PROBE

According to SIU Chief National Investigations officer Leonard Lekgetho the SIU seeks to recover any financial losses suffered by the State and the National Lotteries Commission (NLC).

This after an investigation into the affairs of the commission uncovered millions of rands in alleged money laundering and corruption.

SIU Chief National Investigations Officer Leonard Lekgetho described how in one instance, a former board member of the NLC allegedly “hijacked” a non-profit organisation that was granted at least R23 million in funding to build an old age home in Mpumalanga.

“The project was started but not completed as funds allocated to the project were redirected to individuals connected to the NLC.

“The investigation has revealed that R5 million of the R23 million received from the bank account of the NPO was transferred to one attorney of a group of companies belonging to the former board member for the transfer of luxurious immovable property in favour of their client,” Lekgetho said.

Lekgetho revealed that the investigation into the same former board member found that an NPO transferred at least R3.3 million into the bank account of a company linked to a senior NLC official a day after receiving R7.5 million funding for the construction for a rehab centre in Gauteng.

That company subsequently transferred R1 million into the board member’s account.

The same modus operandi was executed for the construction of a rehab centre in Mpumalanga.

“Furthermore, the SIU investigation has revealed that during the period March to May 2018, the former board member received a total amount of R5.47 million into his personal bond account from various NPOs.”

“The bond was for his primary residence in Gauteng,” he said.

Lekgetho said an investigation into a second former board member found that they had received – either directly or indirectly – at least R10 million from an NPO which was in part used as a deposit for a R27 million house and a deposit for a luxury vehicle.

Lekgetho told the committee that a senior official at the NLC were allegedly involved in the establishment of trusts to act as conduits for money laundering.

“A senior official was involved in a number of business activities with individuals and entities that are directly or indirectly benefiting from NLC grants.”

“We have identified the key individuals involved. During 2015, the senior official and one known individual registered two trusts,” he said.

According to Lekgetho, the trust received at least R14 million in transfers from a non-profit company and private companies which received monies from these NPOs.

“After the trust received funds from the NLC beneficiaries, the funds were further redistributed to senior NLC officials’ personal accounts and other family businesses,” he said.

The investigation also found that a company owned by the brother of a senior NLC official received at least R34 million in payments from NPOs that were granted funding by the commission.

“During the period 3 March 2016 to 11 July 2018, the company…paid a total of R5.6 million to the benefit of the senior NLC official and entities linked to his family members,” he said.

Lekgetho told the committee that during the investigation, the SIU found how an NPO was granted R55.4 million in funding to drill at least 200 boreholes in five provinces but, the bulk of the funds ended up in the pockets of individuals and companies.

He said upon transfer:

Lekgetho said the boreholes were drilled in the provinces by two companies with one entity receiving at least R10 million for doing no work.