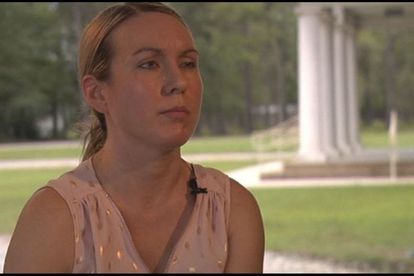 There is growing outrage after a court granted an accused rapist full custody of daughter. His accuser, the girl’s mother, became pregnant when she was 16 and the father was 30.

A court in Louisiana, United States (US) also ordered 32-year-old Crysta Abelseth to make monthly child support payments to John Barnes, the man she claims raped her in late 2005. Under Louisiana law, even if their encounter was consensual, it still would have amounted to statutory rape. The age of consent is 17.

“I just want my daughter home safe and my perpetrator out of our lives for good. My quality of life has suffered tremendously and it has bankrupted me financially. It is my faith in God that has kept me strong for my daughter because this is truly more than anyone should ever have to endure,” Abelseth said.

CALLS FOR ‘OUTSIDE’ AUTHORITIES TO PROBE ALLEGED RAPE

Now a watchdog group in Louisiana has asked authorities to probe the case involving Crysta Abelseth and John Barnes. The Metropolitan Crime Commission wants an outside agency to also investigate the March ruling. According to WBRZ, Barnes, now 46-years old, owns a web company that does work with the Ponchatoula Police Department (Abelseth alleges he raped her in Ponchatoula).

“I have seen some bad decisions. I’ve seen some indifference by law enforcement. I’ve seen what looks like bias from some judges. But I have never seen the father of a child born out of a rape not only be awarded custody and some sort of payment, but also, that person even seeking custody. It is not something you see,” the organisation’s Sean Cassidy said.

Abekseth filed charges against Barnes in 2015, claiming he had raped her on December 2005, after they’d both been drinking at a bar where Abelseth said she got in with a fake ID.

According to Abelseth, Barnes had offered her a ride home. Instead, she said, he took her to his place in Ponchatoula.

“I had woken up on the bathroom floor nude,” she said in her statement, adding that she was unable to give consent as she was unconscious during the encounter.