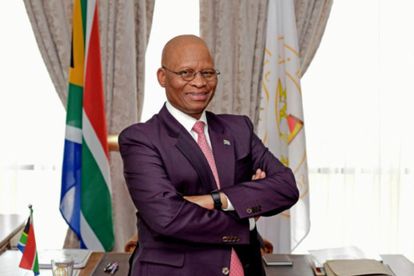 Mogoeng Mogoeng has been elected as the presidential candidate for All Alliance Africa Movement. PHOTO: nelsonmandela.org

Mogoeng Mogoeng has been elected as the presidential candidate for All Alliance Africa Movement. PHOTO: nelsonmandela.org

Since the All African Alliance Movement announced former Chief Justice Mogoeng Mogoeng as their presidential candidate, the party has been receiving large support.

The party announced the former Chief Justice as their presidential candidate ahead of the 2024 national government elections.

All African Alliance was launched earlier this year. Mogoeng had made headlines before ending his term as Chief Justice for several controversial remarks.

But while it seems South Africans on social media have been split about his presidential candidacy, the party instead says they have been receiving a lot of support since the announcement.

“All African Alliance Movement announced its presidential candidate on the 5th of August 2022. We have since received calls, messages of support, donors, membership enquiries, requests for interviews in media houses, invitations locally and abroad,” said the party’s secretary general Bishop Meshack Tebe.

But due to the overwhelming and high volume of workload ahead of them, they are not able to immediately attend to each and everyone within the country and abroad.

ALSO READ: Mogoeng Mogoeng: ‘Freedom of expression has gone out the window’

PARTY IS IN DEMAND OF THEIR PRESENCE

According to Tebe, the party has been requested visits from royal houses, church leaders, business communities, philanthropists and the broader masses.

This includes calls for big rallies in their respective provinces.

“But we are planning in due course to be with our supporters. We never anticipated such response but we are working around the clock to turn the situation and heed the call from this overwhelming support.”

Some South Africans have indeed shown support for Mogoeng while others seem to doubt the future of the party and his presidential bid.

Former Congress of the People deputy president Mbhazima Shilowa even weighed in on this, warning the retired Chief Justice that politics was not an easy path.

But the party assures citizens that it will be a selfless organisation.

“We are meeting as the executive committee to plan the forthcoming press briefing to announce plans, events and manifesto of the organisation. We appeal to media houses to allow us to find our footing in this humungous task ahead of us,” Tebe said.