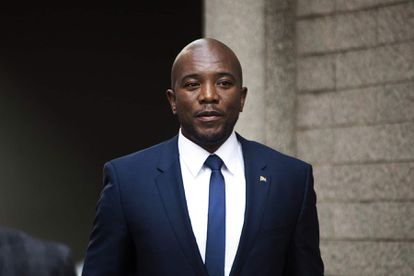 Mmusi Maimane, leader of the Democratic Alliance (DA), has spoken out about the controversial bylaws which target the homeless in Cape Town.

The bylaws, which include hefty fines for making a fire in a public place, obstructing pedestrian traffic on the pavement and sleeping in a stationary motor vehicle, have been labelled as fundamentally anti-poor.

Cape Town Mayoral Committee Member for Safety and Security, JP Smith, has defended the implementation of the bylaws, pointing to the City’s ‘extensive social development programme’. According to Smith, the creation of shelters and safe spaces offers feasible alternatives to homelessness.

Smith confirmed that the consistent implementation of bylaws – which extended to all residents – had resulted in fines for homeless members of society. He added that the City was forced to act after receiving thousands of complaints relating to vagrancy and aggressive begging.

The contentious bylaws and fines have been condemned by the African National Congress (ANC) and the Economic Freedom Fighters (EFF). The DA, which has held the Cape Town metro for over a decade, has also taken a considerable amount of flak from civic societies and the general public alike.

(1/2) This article tries to paint a distorted picture about the DA's work in government.

While Smith has been unapologetic about the City’s stance and enforcement of bylaws, party leader, Maimane, took to Twitter on Tuesday, to assure supporters that he was in contact with the mayor of Cape Town, Dan Plato. Maimane argued that media coverage had been distorted to misrepresent the party’s governance, saying:

“This article tries to paint a distorted picture about the DA’s work in government.

We pride ourselves in building a country in which governments are responsive, caring and inclusive.

I am in communication with the Mayor of Cape Town to look into this, and provide feedback to the public including info on initiatives to assist the homeless.”

The leader’s public statement did little to quell the tension, with many followers criticising Maimane’s deflection to the alleged ‘distorted’ media representation as insincere.