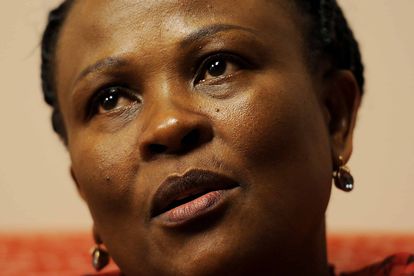 In a story that seems to get more bizarre by the day, Public Protector Busisiwe Mkhwebane has followed revelations that she is the target of coordinated media assault, a la Stratcom, with the claim that she would be using her spiritual principles to help her fight her legal battles.

There is no doubt that it has been a tough few weeks for South Africa’s Public Protector. Mkwhwebane is currently in court battles with two of the country’s most powerful people in President Cyril Ramaphosa and Public Enterprises Minister Pravin Gordhan.

On top of that, her entire career is in jeopardy after the Constitutional Court (ConCourt) upheld a High Court ruling that set aside her findings against Absa and Bankorp in a 2017 report. The ConCourt found that she had done such a poor job that she would be personally liable for around R900 000 of the legal fees from the case.

To make matter even worse, she was recently on the cover of the Financial Mail with an accompanying article that claimed she had been flagged by the world’s largest bank HSBC for potential links to transactions to the Gupta family.

FNB is also apparently investigating her for violating exchange control regulations for moving money between countries.

According to Mkhwebane herself, it is a targeted media assault similar to what struggle icon Winnie Madikizela-Mandela faced during a disinformation campaign run by the apartheid government known as Stratcom.

Lest we forget how #WinnieMadikizelaMandela was treated by stratcom, Mama I am subjected to the same treatment and my family is also terrorized including my 89 year old mother. Aluta continue #ifIperishIperish #HappyWomenMonth pic.twitter.com/kki1ZfM59F

It is important to note that Stratcom no longer exists in any official or acknowledged capacity.

However, the phrase has come back into fashion in the last few years, popularised by the Economic Freedom Fighters and Julius Malema, to cast doubt on the motives of journalists they disagree with.

Mkhwebane turns to the divine

Whether you agree that this is a targeted media campaign or think its mostly the result of her own ineptitude, one thing is indisputable: This is a heck of a lot for one person to deal with.

And, in her search for help and answers, she has turned to her religious background for assistance.

Some social media users were not impressed by the symbolism to previous events in South Africa’s history though.