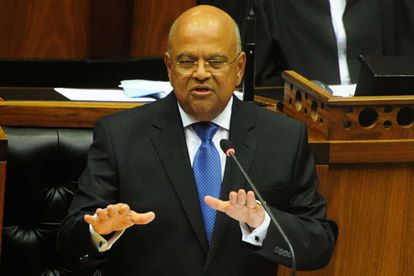 In an address to media, South Africa’s Public Protector Busisiwe Mkhwebane found that Minister of Public Enterprises Pravin Gordhan violated the ethics code for his involvement with the formation of a rogue intelligence unit within the South African Revenue Service.

Mkhwebane claims her investigators have obtained clear evidence that intelligence equipment was procured by SARS, which gives a strong indication that a rogue unit did indeed exist.

“If Sars’ operations were lawful, it is unclear why SARS kept this a secret,” she said.

She added that allegations of an rogue intelligence unit at SARS had been substantiated and that Gordhan must have known of its existence.

The public protector also found that Gordhan had lied to parliament and the Zondo commission about an alleged meeting with the infamous Gupta family.

“To take note of the findings in this report in so far as they related to the erstwhile Minister of Finance, Mr. Gordhan and to take appropriate disciplinary action against him for his violation of the Constitution and the Executive Ethics Code within 30 days of issuing of this report,” she said.

She also called for a criminal investigation into Gordhan, Ivan Pillay, and officials involved in the SARS intelligence unit for violation of section 209 of the Constitution and section 3 of the National Strategic Intelligence Act, including Ace Magashula’s conduct of lying under oath, within 60 days.

The @PublicProtector makes adverse findings against Pravin Gordhan on his lies to Parliament & establishment of an illegal intelligence unit. Let’s hope that President @CyrilRamaphosa will not comply with the remedial action. We as Parliament will act on areas that relate to us.

Mkhwebane has claimed there have been various attempts to curtail her investigation into Gordhan and the rogue unit at SARS.

After an apparent attempt on the life of one of her investigators in June, the security detail was reviewed.

“There was some security breach at her house and she did the necessary and approached the police and they attended to all of that,” her spokesperson Oupa Segalwe told the media in June.

“I’m not sure if the police are investigating the criminality; all I am saying that steps were taken in terms of personal security to resolve that.”

Following the announcement of the findings of her report, she confirmed to journalists that one of her investigators had been poisoned during the investigation and that some personal property had been damaged.