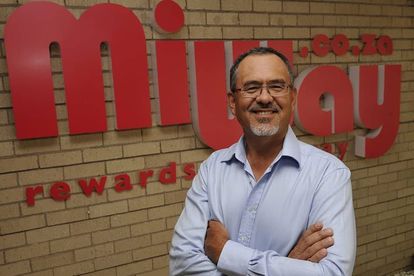 Rene Otto, the CEO of insurance company MiWay, has been forced to issue a statement after his tweet about The Lost Boys of Bird Island received a hostile response.

The bulk of the complaints were from Afrikaner and white South Africans, who took issue with Otto’s suggestion that the book – which uncovered a paedophile ring at the top of the apartheid government – would serve to educate them:

“The Lost Boys of Bird Island” is a must-read for white Saffas – especially Afrikaners who believe they are God’s chosen people – who are still in denial about the destruction of the Apartheid-era. It left me gutted. What do we learn from this and can we ever make amends?

However, his words left a bitter taste for many Twitter users, who felt victimised by his choice of words…

WTF is wrong in your head? You’re one sick messed up person for choosing a denomination and putting another mans sin on them. Should all english people carry the starvation and murder of 20000 children during the Anglo-boer war on their shoulders?

Will definitely cancel my policies with miway.. Shocking!!!

Otto braved the choppy waters of the Twitterati once again on Sunday night to clarify his position. He claimed that he meant no offence with his take on the publication, and merely wanted to encourage a positive discourse on “nation-building” – he accepts that things didn’t exactly go to plan.

“My intention with the tweet, while it was provocative, wasn’t to hurt any person on culture, but to encourage the reading of the book to encourage all citizens and Afrikaners – which includes myself – to debate what their role is in nation-building.”

“There are a number of negative interpretations and wild inferences on that tweet. I wish to make it clear that I don’t hate all Afrikaners. I don’t believe they are all bad, and I never said such a thing.”

After the initial post, Otto had seemingly weathered the storm. Yet AfriForum CEO Kallie Kriel recentered attention on the MiWay chief by sharing a right-wing rant about the incident on his Facebook page over the weekend.

This prompted Rene Otto into comprehensively clearing the air. Because, when you’re accused of stirring up racial tensions by a man who denied that apartheid wasn’t a crime against humanity, you know things have gone wrong somewhere.

The Lost Boys of Bird Island revealed the shocking truth about a paedophile ring operating at the highest levels of the apartheid government.

Former Minister of Defence Magnus Malan, his Environmental Affairs counterpart John Willey, and a third, unnamed minister – who all served under former president PW Botha – were all implicated.