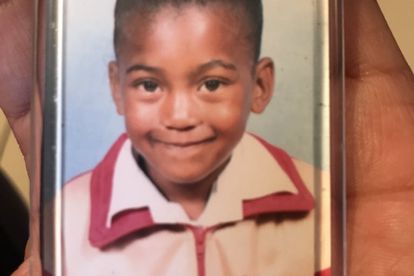 Adams says she’s sure the body is that of her daughter’s. She was in grade 1 at Beacon View Primary School. MM

Adams says she’s sure the body is that of her daughter’s. She was in grade 1 at Beacon View Primary School. MM

Mitchell’s Plein is in turmoil at the moment with the community split apart by the recent spike in child murders.

A cold day in Mitchell’s Plein

On Sunday, the body of a 6-year old girl, who was later identified as Stacey Adams, was found buried in a shallow grave near Eastridge, according to Eyewitness News.

When EWN spoke to Sasha Lee Adams, mother of #StaceyAdams yesterday she said she’d seen her daughter’s clothes in the bin next to the shallow grave where the body had been found on Sunday. MM pic.twitter.com/u0QKX7E48G

Stacey was reported missing by her mother, Sasha Lee Adams, on Saturday after she was not able to find her in the places she usually frequented. They were later able to identify her when the lifeless body of a child had been found, and they already knew who might’ve committed such a horrible crime.

A chilling case of bad blood

A man identified only as Sasha’s ex-boyfriend is said to be the one responsible for the crime. Eyewitness News has just provided an update on the arrest, stating that, according to reports they’ve received from sources close to the situation, the suspect has confessed to the crime.

Residents of Mitchell’s Plein reacted to the news of the crime by torching the wendy house the suspected was rumoured to reside in.

Angry community members petrol bombed the house (the suspect lived in the Wendy house next to the house) & tried to attack the 25-yo man who was taken away by police. MM pic.twitter.com/Ce896wcUY1

The outrage directed towards responding police

Police responded to the matter after the child was identified, with Bheki Cele leading the police force but were met with violence and outrage directed towards them.

In a statement following the incident, the Minister of Police said “There was a very unhealthy situation that happened. [The] police were pelted with stones, two of whom were injured and had to be rescued. The situation was not very conducive for anybody. But indeed, the police will have to come back and do their job but with a full understanding that we had an unfortunate situation yesterday.”

The suspect is yet to appear in court to face charges of first-degree murder.