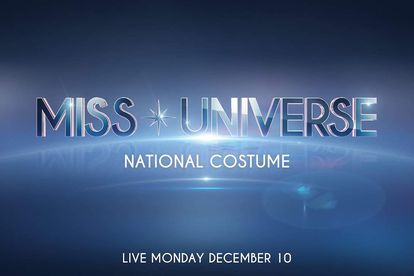 The competition for the Miss Universe crown kicked into high gear with the National Costume show on Monday 10 December.

Miss South Africa Tamaryn Green wore a Blue Crane inspired outfit that she revealed at an event last month. The outfit sports over 1000 hand-placed blueish grey and black feathers. The blue crane is our  national bird and its feathers hold symbolic significance for a number of southern African cultures including the Xhosa, Zulu and Ndebele people.

Miss Singapore ruffled a few feathers with her quirky gown inspired by the historic summit between Donald Trump and Kim Jong-un.

The theme of her outfit is world peace and features a symbolic handshake between North Korea and the United States. Some though have been charmed by how gloriously delusional the ensemble is.

The outfit has unsurprisingly sparked a series of Memes poking fun at the concept and its execution.

Like our Tamaryn, Miss Indonesia has also drawn inspiration from the beauty of bird life.

Demi-Leigh’s outfit was said to be incredibly heavy and it seems that some contestants have set out to take things to the next level.

Some assembly may be required as Miss Puerto Rico showed here …

The National Costume Show streamed live on Youtube and the Miss Universe website and you can watch right here too.