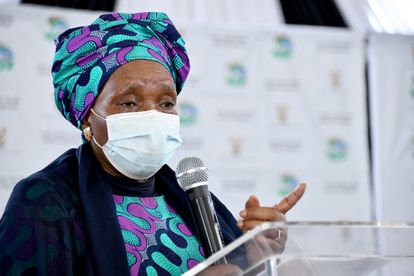 DA Chief Whip Natasha Mazzone has released the party’s official ‘lockdown scorecard‘, handing out grades to ministers and senior figures within the government. As you’d expect, it is something of a bloodbath.

Lockdown grades: Which ministers got an F?

Only two Cabinet members come out with any sort of credit, with both Cyril Ramaphosa and Zweli Mkhize scoring low. However, the ratings published by SA’s second-largest political party feature nine ‘F grades’ – the lowest possible ranking. Here are the ministers that received the worst possible feedback:

Lockdown grades: Many ‘must do better’…

He may have escaped the lowest possible grade, but Cyril Ramaphosa is still classed as a failure by the DA. Mazzone slapped the president with an ‘E’, because of his allegedly ‘weak leadership’ in the face of ANC factional battles. Health Minister Zweli Mkhize received the same grade, due to failures with the vaccine rollout and pandemic preparedness.

Other E-graders include Defence Minister Nosiviwe Mapisa Nqakula, who oversaw the death of Collins Khoza at the hands of South African soldiers, and the army’s controversial procurement of ‘useless’ Cuban drugs to fight COVID-19. Human Settlements Minister Lindiwe Sisulu has also been plagued by corruption allegations and water provision issues.

There was, however, room for praise – albeit with caveats. Naledi Pandor and the late Jackson Mthembu were both given a ‘B’ for their work during the pandemic, owing to their clear communication… and the former’s ability to repatriate South Africans abroad at the very start of the pandemic.

Tito Mboweni got a ‘C’ for his work on the finance portfolio – the same grade issued to Angie Mothsekga in Basic Education. Mazzone and her colleagues expressed sympathy for the difficult situation facing both the fiscus and our schools as infections soared. Everyone else, however, seems to have fallen short in the eyes of the opposition.

You can view the full scorecard here: