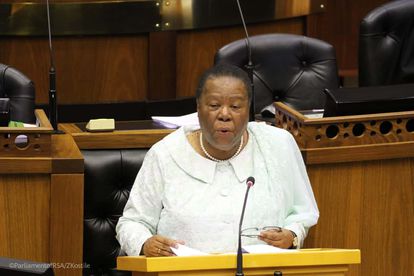 South African President Cyril Ramaphosa has elected international relations and cooperation minister Naledi Pandor to lead a delegation to the United Nations general assembly (UNGA) to allow him to concentrate on critical issues facing the country.

In a statement, the Presidency said Ramaphosa was due to participate in the 74th general assembly of the United Nations and related global meetings in New York on from 23-26 September 2019.

The President has, however, decided to remain in South Africa to attend to the implementation of government’s urgent measures on gender-based violence, the restoration of order and stability in areas affected by public violence, and to oversee initiatives to turn around the economy.

Over the next few days and weeks, Ramaphosa will be meeting communities, civil society, and structures of government on concrete actions to address public concerns and challenges.

“This is a time for leadership from across society to mobilise their respective constituencies in support of economic progress and rebuilding the social and moral fabric of society. Government is stepping up its own contribution to this collective effort,” Ramaphosa said.

Together with Cabinet colleagues, including the justice, crime prevention and security cluster, the President and deputy president David Mabuza will be focused on the implementation of plans outlined in this year’s state of the nation address and the Presidency budget vote 2019/2020, the Presidency added.

The President’s schedule has been severely affected by protests against gender-based violence and an outbreak of xenophobia-driven violence in Guateng in recent weeks.

Initially, his planned address to the World Economic Forum on Africa was interrupted when protestors demanded he address them and their concerns.

To his credit, he has not taken any of the issues lightly and in a recorded address to the nation promised that steps were being taken by government to curb gender and xenophobic violence in South Africa, including changing laws.

“We have heard calls of women in our country. The collective anger, fear and pain must strengthen our resolve to end all forms of violence perpetrated by men,” he said.