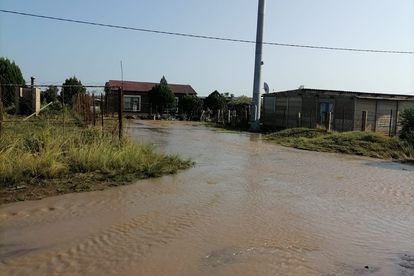 Approximately 50 houses in Onverwacht in Cullinan, Pretoria East were affected by flooding in the early hours of Tuesday, 22 March.

The Tshwane Emergency Services Department spokesperson, Charles Mabaso said they received a call at approximately 07:00 where it was reported that there was flooding in Onverwacht in the mining town of Cullinan.

Mabaso said Emergency  Services arrived on scene to find that a wall of a water catchment of a sand mining quarry burst, flooding multiple houses downstream.

“Residents managed to escape unharmed. Emergency Services assisted some community members who had climbed on roof tops for safety.

“An assessment is underway to determine the extent of the damages to households’ contents. The community and owners of the farms are taking part in the assessment.”

The Departments  of Minerals and Energy Resources, Agriculture and Environmental Services and Social Development have reportedly been informed of the incident.

Mabaso said the number of affected households is expected to increase as assessments are still underway.

Tshwane Emergency Services spokesperson, Charles Mabaso said multiple explosions of what is thought to be gas cylinder bottles could be heard during firefighting operations at the incident.

Mabaso said the total number of shacks that burnt down was estimated to be 400 during the incident.