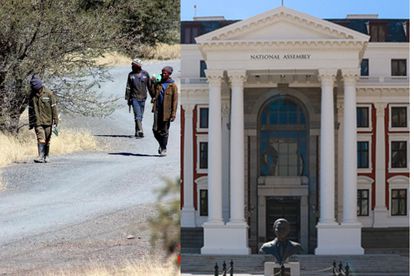 This follows the recent rape of eight girls by illegal miners in Krugersdorp that caused a shock wave in the country.

MACUA Media liaison Gilbert Moela reflected on this matter. “In the wake of the recent brutal rape of eight young women, the country has once again been reminded of the harsh indignity suffered by those who live close to and work in mining operations,” he said.

“This cruel and violent act brought to the surface the full extent of the toxic reality of mining in this country, which is particularly brutal on women. It will remain forever in our collective consciousness, similar to the Marikana Massacre of 2022, as a vivid and stark reminder that mining in this country continues to extract a heavy burden on those directly impacted”.

Under the banner of MACUA and WAMUA, says organised mining-affected communities have been calling on Parliament and the government for years to hear the cry of communities, but have been met with arrogance and broken promises.

“In 2020, MACAU and WAMUA delivered 50 000 signatures of affected community members to Parliament, calling on them to meaningfully consult with communities affected by the mining and the particular risks faced by women.

Like our previous attempts to have meaningful dialogues with those meant to represent the people’s interest, Parliament promised much but delivered nothing.”

Throughout 2021, the organisation says it has sent email after email, memorandum after memorandum and yet Parliament, specifically, the Chairperson of the Portfolio Committee on Mineral Resources and Energy, Sahlulele Luzipo failed to respond to their numerous requests.

COMMUNTIES TIRED OF BEING IGNORED

“The Chairperson continues to ignore our further requests for engagements with the Portfolio Committee, despite his public commitment just last month,” Moela stated.

He added: “With all doors closed to mining-affected communities and nowhere else to turn, communities have reached a breaking point”.

Moela went on to say: “As a symbol of desperation and urgency of the crisis facing mining-affected communities, 30 volunteers from affected communities across the country will arrive at Parliament on 16 August. They will hold a rally in front of Parliament commemorating the Marikana Massacre and call on Parliament to heed the voices of the people”.

He said the volunteers have vowed to stay and sleep at Parliament until their voices are heard and until Parliament commits to meaningful engagements with the affected communities that must lead to the amendment of existing mining laws that recognise their human dignity and sovereignty.