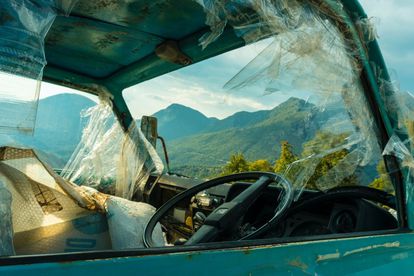 Two children died in a minibus taxi accident and several others were injured. Photo: Pexel

Two children died in a minibus taxi accident and several others were injured. Photo: Pexel

Two children have died in an accident where a minibus taxi ferrying kids lost control and fell over the Vaal Bridge in Bloemhof on Wednesday.

MEC SADDENED BY THE LOSS OF TWO CHILDREN

According to Community Safety and Transport Management, it is alleged that the taxi hit the barriers of the bridge and veered off the road.

Emergency services were called to the scene and later confirmed two children under the age of 10 sustained fatal injuries.

The MEC for the Department of Community Safety and Transport Management, Sello Lehari has since sent a message of condolence to the bereaved families.

“Children this young should not have to die. I am deeply saddened by the news and hope the families and friends of the deceased find strength in this tough time,” said Lehari.

MINIBUS NOT AUTHORISED TO TRANSPORT KIDS

The department sent senior officials responsible for Law Enforcement to the scene.

It is confirmed by the department’s media liaison officer Boitshoko Moremi that seriously injured learners were transported to Klerksdorp hospital.

“The taxi was providing non-contracted services, which is an arrangement between the owner and parents to transport learners to school. The taxi was not part of the government learner transport service,”

According to North West police spokesperson Captain Aafje Botma, the taxi was transporting 25 learners who live in Hoopstad to Bloemhof Primary school.

DEPARTMENT SADDENED BY THE DEATH OF TEACHER

Meanwhile, investigations are underway after a 45-year-old teacher was shot at close range by unknown suspects outside Rutanang Primary school.

The suspects later fled the scene on foot without taking anything from the teacher’s vehicle.

The North West Legislature’s Portfolio Committee on Education, Sports, Arts and Culture has urged the police to act swiftly to arrest the men behind the brutal murder of a school teacher in Rustenburg.

Chairman of the committee, Kabelo Mataboge has expressed shock at the brutal murder of the teacher at Rutanang Primary School in Geelhout Park this morning.

According to police spokesperson Brigadier Sabata Mokgwabone, from the information they received, the teacher was in her Toyota Fortuner vehicle in front of the school gate when she was shot.

Mataboge said the North West Legislature Committee was saddened by the death of the teacher and sends condolences to the family of the bereaved.