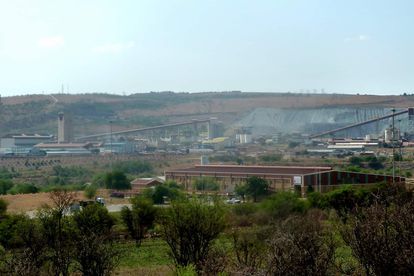 The AngloGold Ashanti Mponeng mine in Carletonville, on the west rand, has shut down underground operations after 164 employees and contacts tested positive for COVID-19.

The mine’s employees are currently in an isolation facility, and consultations with the Gauteng department of health are underway.

Mponeng mine shuts down underground operations

A spokesperson for the department confirmed the infections on Sunday 24 May and said that an outbreak response team was activated to trace all contacts of COVID-19 positive employees.

“All employees have been admitted at the Fountain isolation facility,” said the Gauteng health department’s Kwara Kekana.

“An outbreak response team was dispatched to trace all known contacts, and the process is ongoing.”

Gauteng Health MEC Dr Bandile Masuku will reportedly visit the mining operation on Sunday as part of a delegation set to meet with mine management. The conference will determine the response from both parties and a path forward.

“The west rand district health team will also meet with the mine officials on Monday to enhance the response of the district and the mine collectively”, said Kekana.

The mine says that all 378 underground miners have been tested, and of those a handful of results were still outstanding.

Mining in the age of COVID-19

The decision to reopen mines appears to have been economically motivated as it is apparent to most with a passing knowledge of the industry that it is tough to mitigate the risk of such an outbreak underground.

Under the best circumstances, underground mining is harmful to the health of workers, although the industry has made great strides in health and safety protocols. Mining had been considered the most dangerous job for workers in the United States until 2001.

In South Africa, a 2018 study found that mining was the third most dangerous job in the country behind only emergency first-responders like police officers and firefighters.

The dust, heat, and poor ventilation inside mines put a strain on the respiratory systems of those who make their living underground.

“Very fine mineral dust particles from blasting and drilling can accumulate in the lungs, causing a disease called pneumoconiosis. An irreversible, disabling form of this disease called silicosis can occur when a miner inhales excessive amounts of crystalline silica or quartz. Black lung disease, which can strike coal miners, is another form. Pneumoconiosis can cause scarring of the lungs called fibrosis.”

There are fears that mining operations could become the epicentre of COVID-19 cluster outbreaks in the communities that surround them.