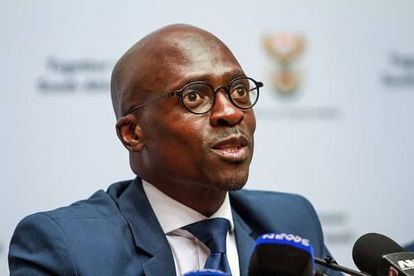 For the best part of a year, the ANC have been championing their ‘Radical Economic Transformation’ narrative. So you’d think Malusi Gigaba’s Mid-Term Budget Speech would be the ideal opportunity to belt it from the rooftops, right?

Well, no. Not really. The promise of a market that is inclusive for all, regardless of race or gender, was swiftly picked up and then discarded on Wednesday afternoon. RET’s appearance on the address was fleeting, at best.

Internal politics put progress to one side

It seems like Mr Gigaba is playing this one with a straight bat: With elective conferences and more cabinet reshuffles on the cards, the Finance Minister did an OK job of walking the party tightrope.

But, there’s the problem. This is an ANC party besotted by internal divide and factions. Even with Radical Economic Transformation, there is still so much for these politicians to fall out over. Not only that, but this is meant to be the party’s saving grace. The light from the darkness that has engulfed the ANC with allegations of corruption, and ill behaviour.

Malusi even had the cheek to quote O.R Tambo in his speech, saying that the legendary activist predicted ‘economic transformation would become the core issue of South African democracy’. He even said this speech was “Tambo’s moment.” But it was hollow…

Did we learn anything about Economic Transformation?

Mr Gigaba did at least give a broader definition of Radical Economic Transformation. He dispelled the myth that it applies solely to black citizens, and confirmed that any group of poverty-stricken citizens – as well as women in general – were all considered under this term.

In fact, if Malusi Gigaba sticks to his words, RET also seems to be a plan to help female workers smash through the glass ceiling. He acknowledged progress for women operating at top levels of business had stalled, and labelled this a challenge he wants to address.

The Finance Minister also rallied against corporate control of the economy, stating that a handful of huge companies have up to 90% of the market share. His point gave a nod to other market entrants who struggle to fight these ‘insurmountable challenges’.

Caution was very much the name of the game for Gigaba this afternoon. When speaking about RET, he was quick to acknowledge the disastrous haste of Mining Minister Mosebenzi Zwane, and his ill-conceived plans to reform the mine industry.

Zwane announced plans to increase black-ownership of mining companies to 30%, from it’s current rate of 26%, within 12 months back in June. This move would have seen 1 in 25 companies forced to change their ownership just for the sake of a quota.

The announcement saw the value of the rand plummet. Since then, the Chamber of Mines has battled with Zwane to halt the reforms for the last few months. Gigaba distanced himself from this shortcut to economical transformation.

“Government and business must find common ground on a Mining Charter. It must attract investment, advances transformation and benefits workers and communities.”

“Government is eager to get all parties back to the negotiating table. The ANC MUST find a solution. we need to rebuild confidence as a matter of urgency.  We must also work to engender an economic system that is built on a common vision.”

We were looking for facts and figures. But we’ve had to make do with morsels. Keeping his cards close to his chest, we only really got small details of economic forecasts and plans to help ease the burden of unemployment:

If this was a murder investigation, the RET trail would already have gone cold. SA has been starved of innovative planning. The Minister is hoarding everything he’s got for February’s official Budget Speech for 2018

Where does the Budget Speech leave us?

There are hints of a coherent strategy in there. Somewhere. But as far as budget speeches go, this one was incredibly vanilla. Gigaba has had to tread too carefully to make the type of sweeping statements that would generate genuine enthusiasm from the public.

Far from being the ANC’s core principle (the dream of O.R Tambo, as Malusi said), Radical Economic Transformation seems more like a burden to the party. It has become a chore. Not the ‘passion project’ they’ve wanted it to be.

Gigaba’s conservative speech was far from an own goal. But he’s certainly ‘parked the bus’ ahead of next year’s crucial forecast.