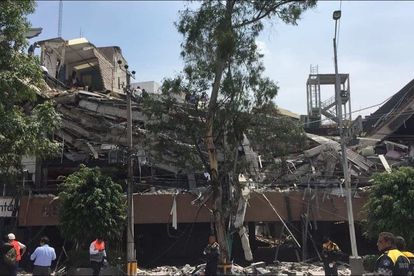 A magnitude 7.1 earthquake has rocked Mexico killing over 200 people on Tuesday. The quake comes exactly 32 years on the day after the country suffered its deadliest earthquake to date.

At least 226 people have been confirmed dead after buildings collapsed as thousands scurried to the streets for safety.

The Mexican government declared Mexico City a disaster area and has freed up emergency funds in an effort to speed up rescue missions. Many are still trapped in the wreckage with some feared dead as rescue efforts are currently slow due to the fragility of the rubble.

The earthquake comes two weeks after a magnitude 8.1 tremor which hit Mexico’s south coast and was also felt in the capital city.

Geologists believe the earthquake is unrelated to the recent tremor as most aftershocks are felt within 100km. Calculations suggest that Tuesday’s earthquake would have been felt by at least 30 million people around Mexico.

Watch footage of the damage here: