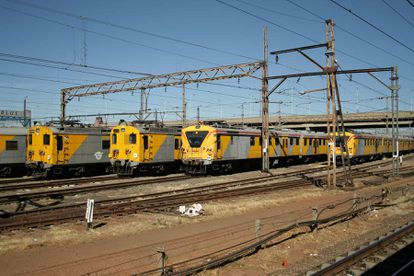 Trains travelling from Cape Town to Muizenberg had to be cancelled at Retreat Station due to a power supply failure on Thursday, 10 March after thieves cut an Eskom cable that feeds electricity to the main traction substation powering the running of trains. Metrorail in the Western Cape has since implemented additional security interventions after the attempted theft and vandalism of the cable.

METRORAIL BEEFS UP SECURITY IN STATIONS

This incident comes after technicians repaired the same line on Monday after criminals deliberately cut it during load shedding.

Western Cape Metrorail acting Regional Manager, Kaparo Molefi said the attempted theft and vandalism of the electrical infrastructure, on a line that has been successfully restored back to service points to blatant sabotage of Metrorail services

Molefi said Metrorail will be engaging with Eskom and law enforcement to launch an investigation into the sabotage.

“In the meantime, the Passenger Rail Agency of South Africa (PRASA) and Eskom are working around the clock to again repair the same 33Kv line after it was cut and left on the scene during peak service, affecting train services.”

“The Southern Line service is our demonstration corridor of what we are bringing to the Western Cape.  The sabotage of our rail infrastructure is jeopardising the hard work of returning the service to those who desperately need it.  We are determined to return the rail services and we will not cower to criminals,” Molefi added

Meanwhile, rail commuters who had weekly and monthly tickets were left stranded at stations all over greater Cape Town and surrounding areas on Tuesday and Wednesday due to load shedding. The load shedding on Tuesday reportedly made train scheduling software unstable.