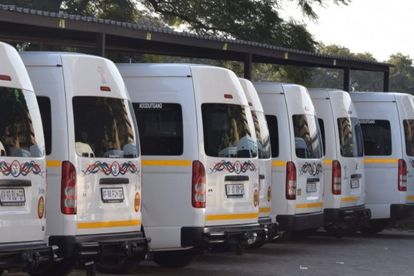 A taxi driver who tried to run over a metro police officer in Hillcrest, KwaZulu-Natal has been condemned for his actions.

It is not yet clear when the incident happened and whether or not the driver was trying to intimidate the officer from writing a ticket.

In a video shared on Facebook, a metro police officer can be seen standing in front of a white minibus Toyota Quantum.

The driver keeps driving forward slowly, pushing the officer who seems to be focused on writing the ticket. Eventually, the officer finishes and moves out of the way.

The South African National Taxi Council (Santaco) in the province condemned the driver’s actions saying he was out of order and showed a complete disregard for the law.

Sifiso Shangase from Santaco told IOL that the driver should have dealt with a complaint (if he had one against the metro officer)  correctly instead of the way he did.

“We need to calculate information and educate our own drivers to also understand the importance of respecting police officers and peace officers and their roles.

“At the end of the day, he can’t just stop him for nothing. If the driver feels that (an in)justice was being done to him, he does have a recourse of going to court and making a representation so his issue could be dealt with through the law,” he said.

According to Durban Metro Police, the officer on the video did not report the incident nor called for backup. He (the officer) has been accused of failing to perform his duties and will be dealt with, reportedly.