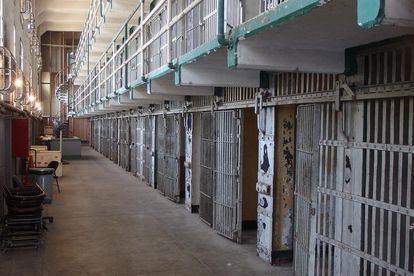 A merciless Soweto rapist will be gone for a long time, if not forever following a harsh sentence handed down to him.

The merciless rapist was convicted after a lengthy trial of 15 witnesses; that included victims, medical doctors, and forensic analysts. He was convicted of three counts of rape, four of robbery with aggravating circumstances, and three of assault with intent to inflict grievous bodily harm.

“She was 14 years old at the time and was in the company of her male friend. They met an unknown male person who pointed them with a firearm and took them to a veld. He repeatedly raped her without a condom and thereafter demanded money and a cellphone from her friend. The case was opened, and samples were sent to the laboratory for testing. No one was arrested as his identity was unknown”.

She added that on 1 July 2018, Mbatha pounced on victims that were coming from a church service in the early hours of the morning.

“The first two victims rushed as they wanted to use the bathroom leaving behind the two other victims. He demanded cellphones and money from them and sent them to a veld where he raped the victim in the presence of her male friend. When the friend tried to help the rape victim, he was brutally assaulted in the head with a firearm”.

After leaving the two victims, he met the other two victims and did the same thing to them (rape and robbery at gunpoint).

The robbery male victim knew the accused and later pointed him out to the police the same day.

“Upon arrest at his home, money, takkies, a cap, and clothes that were robbed from the first victims, were recovered. DNA samples were collected from both victims and positively linked to Mbatha. His DNA was also linked to the 2014 matter,” Phindi explained.

ARGUMENTS BY THE STATE PROSECUTOR

Regional Court Prosecutor Thabo Dease argued that Mbatha would have continued with his reign of terror had he not been positively identified. He further argued that he was merciless and stripped the victims of their dignity by repeatedly raping them in the presence of their companions.

Phindi said the National Prosecuting Authority applauds the investigating officer, Sergeant Mogari Andrew Molose, and the prosecutor for ensuring that Mbatha is removed from society, saving many citizens from further harm.