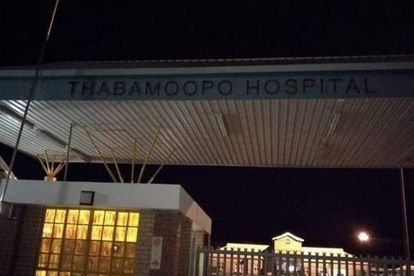 A mental health patient at a psychiatric hospital in Limpopo lost his life when he tried to escape. PHOTO: Facebook/Zebediela Voice

A mental health patient at a psychiatric hospital in Limpopo lost his life when he tried to escape. PHOTO: Facebook/Zebediela Voice

A mental health patient tragically died while trying to escape a hospital ward in Limpopo in the early hours of Sunday morning.

The patient, aged 34, was admitted at Thabamoopo Psychiatric Hospital in Lebowakgomo, Limpopo.

But in the early hours of Sunday morning, the patient tried to make a run for it, said Limpopo Health MEC spokesperson Thilivhali Muavha.

He attempted to escape the hospital by removing part of the window frame in the ward.

“But he got trapped by the outside burglar-proof window.”

After hearing the noise coming from the trapped patient, nursing staff quickly rushed to see what was happening.

They discovered the patient trapped and hanging from the burglar-proof bars, said Muavha.

“The South African Police Service (SAPS) and the forensic pathology were immediately called to the scene. The SAPS have opened an inquest case.”

Limpopo health MEC Dr Phophi Ramathuba has sent condolences to the family of the deaceased.

“May his soul rest in peace,” she said.

LIST OF PATIENTS REQUIRING SURGERY AT BARA HOSPITAL GETS LONGER

Meanwhile, the number of patients waiting for surgery at the Chris Hani Baragwanath Hospital keeps increasing.

The number has jumped from 7 288 patients last year to now 11 194. Some patients were told they will have to wait until December 2026 for their required surgery.

This was revealed by Gauteng Health MEC Nomathemba Mokgethi in written replies in the Gauteng Legislature.

DA Gauteng shadow MEC of health Jack Bloom says 3 394 cataract patients will have to wait another year to regain their sight.

“The worst waiting line is for 1 777 people who need hip and knee replacements. They will wait four and a half years.”

1 304 children will wait six months for surgery. 243 patients with prostate cancer, a life-threatening disease, will have to wait between two to three years for surgery.

“The department blames the Covid-19 pandemic for the growing waiting lists, but better management would fix issues like broken equipment. For many patients, it can take many months before they are diagnosed and placed on the waiting list, so their suffering is immense,” Bloom says.