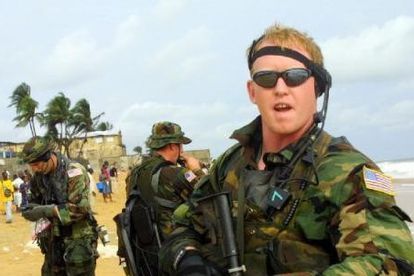 Dropping into Bin Laden’s garden, Robert O’Neill didn’t expect to return from this mission alive, yet he was the one to barge into the terrorist’s bedroom and plant a bullet right between his eyes. This isn’t Zero Dark Thirty folks; there was no decided outcome and no hollywood magic. Operations like these, especially one that involves the assassination of the leader of one of the world’s most feared terrorist organisations, have a very high fatality risk; and Robert O’Neil understood this better than most.

Having been involved in anti-Somali-pirating operations and night raids on terror targets in Iraq, O’Neil understood the risk and importance of the mission for which he was selected; which added to his reluctance in revealing himself as Bin Laden’s killer. Three years had gone by before he decided to open up to Fox News and tell his story.

Just a week before scheduled interviews on Fox News and The Post, O’Neill’s identity was leaked by some military personnel who used to work with him. SOFREP, a website run by former special-forces operatives, published a piece that condemned O’Neill’s decision to tell his story on Fox News and decided to reveal his name preemptively.

Despite being met with opposition, O’Neill remains a hero to most. His bravery seems to have little bounds, as revealing himself as the killer of their leader is bound to have put him in the firing line of terrorists worldwide.