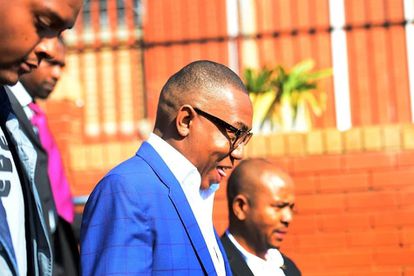 ANC MP Mduduzi Manana will not face prosecution for assaulting his domestic worker, as the NPA stated there wasn’t enough evidence to secure a conviction.

EWN report that Christine Wiro brought her case against Manana to the Douglasdale Police Station in May, telling authorities that he pushed her down the stairs and threatened to deport her back to Zimbabwe.

However, the NPA aren’t optimistic that a case can be formed against the politician. Manana has denied all of the accusations and is now taking legal action against Wiro herself, who he believes is trying to extort money out of him.

At the time of releasing a statement, Manana said he feels like the incident has put a permanent mark on his back, as people have used it to “discredit” him and tarnish his name:

“This deliberate ploy is to use assault as a permanent stigma attached to me by my detractors whom I believe had a major influence in her opening the case and giving her access to the media community.”

“Catherine Wiro was employed as my domestic worker for a period of two weeks and she is a Zimbabwean national. On her first week at work‚ I realized that she often gives access to everyone who comes to my home and I warned her about a possible security risk that such conduct poses to me and especially to her as she could easily be raped.”

The former Deputy Education Minister Mduduzi was given a R100 000 fine and 500 hours community service following an assault against two women in a Johannesburg club back in August.

The incident took place at a Cubana restaurant at Cedar Square in Fourways, Johannesburg. Manana was forced to admit his heavy-handed conduct when a video of the incident went viral.

He was forced to step down from Zuma’s cabinet but managed to avoid a stretch in jail. Manana believes this incident is being used as a stick to beat him with.