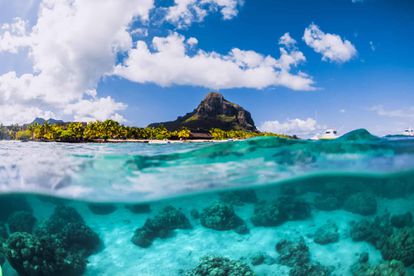 Mauritius due to open its borders. Image via Adobe Stock

Mauritius due to open its borders. Image via Adobe Stock

The tropical island of Mauritius which can be reached in under five hours’ flying time from South Africa, has begun a phased reopening of its borders.

Mauritius closed its borders to international visitors on 18 March this year. Since the Mauritian economy relies heavily on international tourism, the government is under pressure to reopen the borders.

Mauritius has recorded an extremely low number of COVID-19 infections and deaths. The island state has used an effective lockdown to gain a firm grip on COVID-19 pandemic. To date there are have been only 356 infections and 10 deaths recorded in Mauritius.

Mauritian nationals have been unable to return to Mauritius for many months. During the first phase of the border reopening process, Mauritian citizens will be repatriated.

Repatriation flights will operate throughout the month of September, bringing Mauritian nationals back to the island. A compulsory two-week quarantine, in state-managed quarantine centres, is required for all returning passengers.

RESUMPTION OF SCHEDULED FLIGHTS TO MAURITIUS

The second phase, beginning in October, will see the resumption of scheduled flights to the island. Mauritius will reopen to international tourists from a predetermined list of countries, which has not yet been released.

International visitors will be able to make online reservations for flights and accommodation, for dates beyond 1 October. Mauritian nationals, residents and work permit holders will however receive priority when making bookings.

The third phase of the borders reopening is not date specific. The complete reopening of Mauritius’ borders will be based on the evolution of the virus.

Since almost 20% of the island’s workforce is engaged in the tourism sector, it is essential for the economy to be open to tourists as soon as possible.

The airlines which are permitted to operate direct flights between Mauritius and South Africa include Air Mauritius, South African Airways and Comair’s British Airways.

With all three of these carriers currently being under business rescue processes, it remains to be seen how South Africans will reach this preferred island destination.

The expected move to Lockdown Level 1 restrictions may allow for travel to regional destinations such as Mauritius in the near future. Local airline FlySafair has applied to operate flights between the two countries.