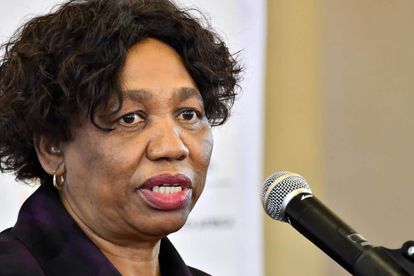 Basic Education Minister Angie Motshekga has some words of encouragement for pupils who underperformed in the 2021 matric exams.

Motshekga released the results of the National Senior Certificate (NSC) exams on Thursday evening, 20 January 2022, which showed that the Class of 2021 achieved an overall pass rate of 76.4%.

Angie Motshekga has reminded matric learners that failing matric isn’t the end of the world and there are a number of opportunities that they can take advantage of. In the same breath, Motshekga has congratulated pupils who managed to pass.

“Once again, let me conclude by thanking the Class of 2021.  Your future is in the palm of your hands; make the correct choices.  Those candidates who did not do well in the NSC exams, do not despair.  There are lots of life chances available.  Those who wish to improve their results, should enroll for the Second Chance Matric Programme.  Registration into the Programme, is already open, and will close on 15 February 2022.  You will receive support from the DBE and our partners; you won’t be left to your own vices.  I wish you all the best in your youthful lives”

It’s certainly no secret that the release of the matric results is no cause for a celebration for some pupils – including those who are academically challenged. According to the South African Depression and Anxiety Group (SADAG), 9.5% of teen deaths in South Africa are caused by suicide. One of the triggers could be exam disappointment.

“There are children who have undiagnosed depression or who undergo a trauma or an experience that makes them more vulnerable, and this can be the final stress that causes them to commit suicide or use drugs,” says SADAG’s Dessy Tzoneva.

SADAG has advised learners to not panic or jump to conclusions. It says it’s normal to feel down, angry and disappointed, but it doesn’t have to be the end of the world.