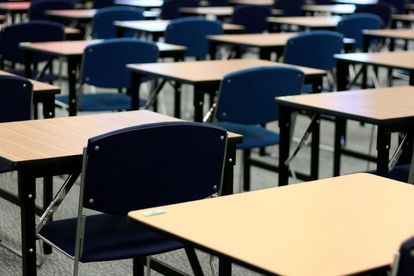 The matric results will no longer be published in newspapers or online due to the Protection of Personal Information Act (POPIA).

This comes after the Department of Education said that they recognised the Protection of Personal Information Act (POPIA), which came into effect last year in July, and they will therefore no longer be publishing matric results on digital platforms.

The department has said that it respected the right to privacy to protect against unlawful collection, retention, dissemination, and use of personal information.

The practice of accessing matric results spanned many years, where the whole country had access to the results of matriculants using ID numbers, Exam numbers, and learners’ personal credentials.

LEARNER’S PERSONAL WILL BE PROTECTED

“In this way every learner’s personal information with regards to the outcome of their national senior certificate exam will be protected,” the DBE spokesperson Elijah Mhlanga said.

Meanwhile, on Monday Mhlanga has spoken out on behalf of the Department in an attempt to clarify pass requirements. This comes after One SA Movement leader Mmusi Maimane started a petition to end the low pass requirement.

Maimane had claimed that the pass rate was set at 30% and that this sets low expectations for students and ultimately does more harm than good.

“We have a crisis in our education system. The minister hides the grim reality of her failure by using the 30% pass mark,”

MAIMANE CALLED FOR THE RESIGNATION OF MOTSHEKGA

Mhlanga argued that no single number is used to determine a pass.

The Department spokesperson explained that there are categories that are used to assess levels of achievement with a mark above 30% needed for at least three subjects in order to obtain the certificate.

“Outrage is often expressed over the fact that the lowest possible pass mark per subject is 30%, however, what is not fully understood is that no candidate can obtain a National Senior Certificate if he/she passes all seven subjects at 30%. The learners must pass at least three subjects at 40%,”