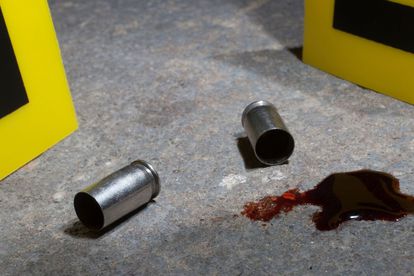 A matric learner was reportedly shot in the head while waiting with other pupils for the matric results at a garage in Pietermaritzburg in the early hours of Friday.

WHAT HAPPENED THAT LED TO THE FATAL SHOOTING?

According to a report by The Witness police spokesperson Colonel Thembeka Mbele said, the shooting happened at a garage on Alexandra Road,

It is alleged that the 20-year-old learner was at the garage with other pupils and community members just after 01:00 waiting to purchase a newspaper.

Mbele said police found the learner lying on the ground with a gunshot wound to the head and on his right arm.

While the learners were purchasing newspapers to check their matric results, a group of five men approached them.

She said one of the men tried to rob the pupil who was shot, and when he refused to give them his cellphone, the suspect drew his firearm, shot him, and fled the scene in their getaway vehicle.

A CASE OF MURDER IS BEING INVESTIGATED

Mbele confirmed that a case of murder is being investigated.

The tragic shooting took place amid the announcement of the 2021 matric results. This was ‘the toughest year’ for learners, but the Class of 2021 didn’t let the circumstances disrupt them – and their matric pass rate is HIGHER than last year’s.

Basic Education Minister Angie Motshekga confirmed that the official matric pass rate is at 76.4% – up 0.2% from 2020.

While announcing the matric results of 2021, Motshekga reminded learners that failing matric isn’t the end of the world and that there are many opportunities that they can take advantage of. Motshekga also congratulated pupils who managed to pass.