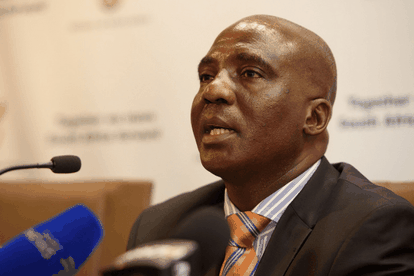 To achieve this there would be “bold forms of state interventions”, “progressive competitions policies” and an “expanding role of the state and state-owned enterprises” (SOEs).

“It is unacceptable that taxis are not included in the subsidy regime,” he said.

“SOEs shouldn’t always be in the media for the wrong reasons.”

He said the operating model of South African National Roads Agency Limited (Sanral) will be reviewed, including its controversial e-toll policy in Gauteng. This will be brought to Parliament.

The “wrong reasons” for which the SOEs make headlines, however, dominated the debate.

African National Congress MP and chairperson of the portfolio committee on transport Dikeledi Magadzi said there needed to be the realisation that some SOEs, including the Passenger Rail Agency of South Africa (Prasa), were not doing too well.

She was concerned that Prasa had regressed over the past three years while not giving the requisite attention to service delivery.

Democratic Alliance MP Manny de Freitas said Sanral was “stuck with its head in the sand” about its controversial e-toll programme in Gauteng, which was the subject of another court challenge by the Organisation Undoing Tax Abuse (OUTA).

“Sanral needs to face this issue head on and listen to the people of Gauteng,” said De Freitas.

He described recent events at Prasa as a “bad soap opera” and Economic Freedom Fighters MP Thilivhali Mulaudzi said the “Prasa drama” must be resolved.

“It almost sounds Monty Pythonesque, but it is not,” Congress of the People MP Deidre Carter said.

Freedom Front Plus MP Anton Alberts said it was abundantly clear that Sanral had failed with e-tolls.

“The tribe has spoken and voted Sanral out,” he said, referencing the reality series Survivor.

“The government inadvertently taught South Africans how to revolt against taxes and the ANC.”

“Metrorail is a comedy of errors with almost continual delays,” he said.