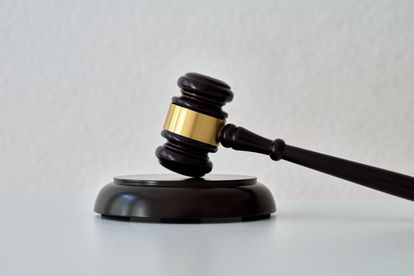 A Bloemfontein woman was sentenced to five years for defrauding her employer out of over R6 million. Photo: Stock Image / Pixabay

A Bloemfontein woman was sentenced to five years for defrauding her employer out of over R6 million. Photo: Stock Image / Pixabay

Giselle Maritz was recently sentenced to five years behind bars for fraud, money laundering and contravention of the Electronic Communication and Transaction Act.

Maritz reportedly defrauded a Bloemfontein law firm out of more than R6 million. The Bloemfontein Magistrate’s Court recently handed down her sentence of five years imprisonment.

Maritz was unlawfully transferring trust funds to her bank account between 2015 and 2019. This was discovered by Phatshoane Henney Attorneys who became aware of fraudulent activities towards the end of February 2020.

The Hawks were called and a thorough investigation led to Maritz’s conviction, reports SABC News.

Spokesperson for the Hawks in the Free State Christopher Singo said a preliminary investigation by Phatshoane Henney Attorneys revealed that Maritz was not only transferring the funds to her bank account but also her mother’s bank account.

“The fraudulent activities were about the manipulation of financial records and unlawful transfer of trust funds. A preliminary probe by Phatshoane Henney Attorney discovered that Maritz was unlawfully transferring trust funds to her bank account and her mother’s bank account. As a result, Phatshoane Henney Inc. Attorney was prejudiced and suffered a total loss of more than R6 million,” said Singo.

Meanwhile, it was previously reported that the Directorate for Priority Crimes Investigation (Hawks) is asking for the public’s help with finding Shareen Govender who allegedly swindled victims out of an estimated R18 million by pretending to be the director of personal protective equipment (PPE) company in 2021.

Hawks spokesperson Captain Lloyd Ramovha said Govender allegedly paraded as the director of Aurum Line Pty (Ltd) – an existing PPE company which she had no ties with.

Frustrated victims grew tired of the suspect’s empty promises and it was discovered she had allegedly falsified documents with the sole intent of stealing from them. Read the full story here.