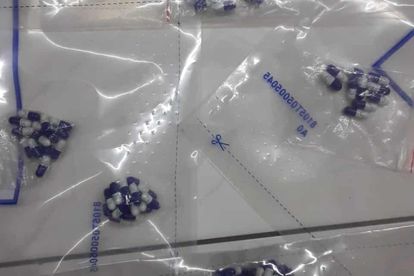 Margate police have taken swift action against alleged drug dealers and people found drinking in public on the beach over the past few days.

KZN SAPS spokesperson Colonel Thembeka Mbhele said the Margate Drug Task Team had been conducting an operation when they acted on information they had received about drug dealers who were allegedly peddling their wares at the Margate Taxi rank on Monday.

Mbele said police proceeded to the scene where they found and arrested two suspects, Msizi Mbhele, 25 and Thabiso Mvundla, 28,  who were in possession of heroin.

“They were detained in Margate police custody and appeared in the Ramsgate Magistrate’s Court yesterday,” Mbele said.

Both suspects were remanded in custody.

Five arrested for drinking on the beach

“Margate police officers were patrolling at the Margate main beach when they found people drinking alcohol. Five people were arrested and charged for drinking alcohol in public. The liquor was confiscated by police. The suspects were fined,” Mbele said.

“We thank the public for the ongoing co-operation with the police. The public can call Crime stop on 08600 10111 to anonymously report any drug related crimes in their neighbourhood,” he said.

Mbele said an SAPS multi-disciplinary operation was also conducted along the South Coast railway line with the aim of combatting copper cable theft.

“While they were conducting foot patrols on the railway line near the Jacobs Railway Station, they spotted two men who were leaving the area carrying backpacks bags on their backs,” Mbele said.

“The police officers stopped the men and searched them. Police found 20 kilograms of copper cables in the suspect’s possession. When police officers questioned the men about the copper cables, they were unable to provide police with a satisfactory explanation. Both suspects, aged 27 and 28, were arrested and detained at the Wentworth police station for further processing. They were charged for being in possession of suspected stolen property,” Mbele said.

Mbele added that the suspects would be profiled to determine whether they are involved in other criminal activities in Wentworth and surrounding areas.