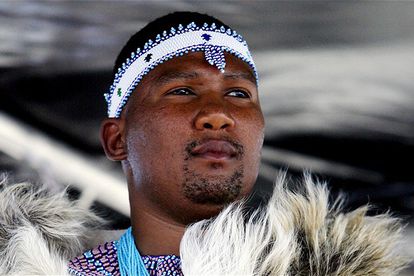 Nelson Mandela’s grandchild, Inkosi Zwelivelile Mandla Mandela penned an open letter to his late grandfather on Tuesday 27 April – to commemorate Freedom Day. In his letter, Mandela said that one of the most pressing issues at the dawn of democracy was, and still remains, the land question.

In his letter, the Mvezo village chief said his grandfather chose the reconciliatory approach and harboured great faith in the goodwill of the white farmers and landowners to eager participants in the willing buyer-seller paradigm.

“It seems that whatever argument we advance be it unlocking the economic potential of South Africa’s surplus productive land or the looming chaos of rising land hunger and illegal occupations, even the reality of unemployment, hunger, poverty and suffering faced by the majority seems to count very little in the scales of those hanging on to the land.”

“It was fraught with risk as they dug in their heels as they still do now. Another failed experiment. How shall we find each other again in a way that restores land justice, addresses the hunger, poverty, and unemployment that stares us in the face and yet still advances the project of nation-building, national reconciliation, and social cohesion?’’

CONCERNS ABOUT CORRUPTION AND FACTIONS IN THE ANC

In his letter, Mandela also expressed his concerns about corruption and infighting in the ruling party.

“How odd it is that we have nearly come in full circle. The corruption of the apartheid regime that you so vehemently decried has now insipidly entered our ranks and the threat of factionalism looms large.”

The African National Congress (ANC) has made headlines for its factions which have become evident in many occasions, especially between the new dawn and RET forces.

In the Northern Cape, KwaZulu-Natal and Gauteng provinces, the party leaders often make contradicting statements regarding certain issues within the party and some reject/question the party’s own policies. Several ANC MP’s, current and former Ministers have been implicated in the Zondo Commission including President Cyril Ramaphosa.

Recently, the ANC Deputy Secretary-General, Jessie Duarte’s audio recording of an ANC NEC meeting in March this year was leaked. In the recording, she can be heard slamming the State Capture Commission and express her support for former president Jacob Zuma, after he decided to snub the inquiry.

She also had an interview with the SABC, where she addressed factionalism in the ANC. In his Freedom Day address on Tuesday, President Cyril Ramaphosa said South Africans must vote against corruption who do not deliver services.