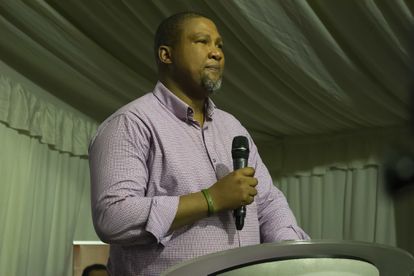 Zwelivelile Mandla Mandela, the grandson of former president Nelson Mandela, has added his voice to the riots that have rocked parts of Gauteng and KwaZulu-Natal (KZN) over the past few days. Mandela, who’s an ANC MP and tribal chief of the Mvezo Traditional Council in the Eastern Cape, has condemned the horrific events and called for those found to have perpetrated the crimes, to face the full might of the law.

The unrest started out as demonstrations demanding former president Jacob Zuma’s release from prison in KZN, but soon morphed into looting sprees targeting malls and other businesses and soon spread to parts of Gauteng.

So far, over 1 200 people have been arrested while 72 others have died, with the death toll expected to rise as authorities noted additional fatalities on Wednesday, 14 July 2021.

Mandla Mandela weighs in on the KZN, Gauteng protests

Chief Mandla Mandela has also expressed his condolences to the families and loved ones of those who lost their lives. He has voiced his support for business owners whose establishments have been targeted in the riots.

He has praised some of the community leaders who have been protecting some of the infrastructure, mainly malls, from damage.

“We call on South Africans right across our landscape to continue preserving our malls and ensuring that people are gaining access to food because in all of this mayhem, what is being affected most is that we are slowly witnessing the erosion of us being able to access food in the local stores,” Mandela said in an interview with eNCA.

He has also rejected President Cyril Ramaphosa’s initial attribution of “ethnic mobilisation” being behind the chaos.

“We simply want to call this what it is – these are criminal acts which have found room on an opportunistic crisis that has been witnessed with the former president’s sentencing and him being admitted to prison. We wouldn’t want to see this being coined as any ethnic or tribal conflict, because the Zulu monarch and the traditional leaders in KwaZulu-Natal (KZN) have distanced themselves”