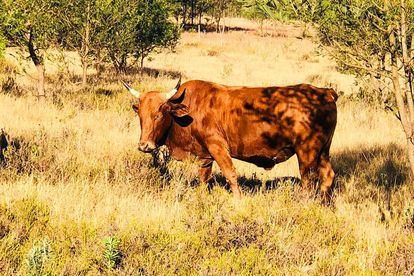 Chippa United to slaughter a cow for a loyal community on Mandela Week. Photo: Chippa United.

Chippa United to slaughter a cow for a loyal community on Mandela Week. Photo: Chippa United.

It is set to be a day of feast when the Chippa Mpengesi Foundation and Chippa United Football Club host festivities on Mandela Week.

These festivities will be done alongside Eastern Cape Government Premier, Honourable Oscar Mabuyane at Ekunene community in the Deberha Village in Engcobo, Eastern Cape on Wednesday 20 July 2022.

CHIPPA OPEN INVITE TO FANS IN EC FOR MANDELA WEEK

Chippa United has invited all its fans to join the ‘Pride of the Eastern Cape’ when they slaughter a cow, hand over a house, while also giving away full soccer kits and equipment to four identified local teams.

Siviwe Mpengesi and Premier will also donate 200 blankets to local elders of Deberha.

This festivity will also serve as an opportunity for the supporters to engage with the 2022/23 Premier Soccer League season squad, while also getting a first glimpse of the new player signings and additional Club acquisitions ahead of the new season.

MPENGESI ELABORATES ON THE FESTIVITIES

“I am excited about the activities coming up as we continue in playing our part for our community – an aspect that we get to do each year in line with the Mandela Week initiatives as we celebrate our late struggle hero and the mottos that he stood for.

This is also our first opportunity of engaging properly with our Eastern Cape community since the COVID – 19 restriction measures were lifted,” said Mpengesi.

“We are a corporate organisation that loves to interact with the public and our supporters whether in business, with community initiatives or through football. We do this each year ahead of the football season starting.

“This year, we are in Engcobo, an area that also has a large and loyal following for Chippa United Football Club.

It is always my mission and objective to give back as much as I possibly can. We have been supporting destitute homeless families by building them homes over the years as our part towards society,” Mpengesi further stated.