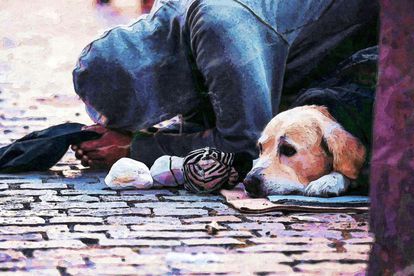 After killing a homeless man’s dog, Viky Solomons was given a R10 000 fine or 10 months behind bars. Photo: Stock Image / Pixabay

After killing a homeless man’s dog, Viky Solomons was given a R10 000 fine or 10 months behind bars. Photo: Stock Image / Pixabay

The Wynberg Magistrate’s Court sentenced Vicky Solomons to a R10 000 fine or 10 months imprisonment which is suspended for three years. This followed the brutal stabbing of a dog, Meira, in 2020. Criminal charges were brought against the Lansdowne man by the Cape of Good Hope Society for the Prevention of Cruelty to Animals (SPCA).

Meira had to be euthanised due to her injuries

The dog reportedly belonged to a homeless man and had to be euthanised due to the horrific injuries she faced.

SCPA Inspector Jeffrey Mfini said the owner of the dog was absolutely distraught. Mfini said it was the first time he had seen an old man crying the way the man was. Adding that the dog was everything to him.

“It was the first time I had seen an old man crying like that. The dog, Meira, had been his loyal companion – she was everything to him. I want to say thank you to the Wynberg Court for giving this man a sense of justice,”

How did Solomons kill the dog?

Meira was a collie crossbreed. Meira and her owner had been sitting under the Imam Haroon Road Bridge when Solomons approached the duo. Mfini said that Solomons had allegedly been involved in a fight elsewhere before taking his anger out on Meira.

“Apparently Solomons had been involved in a fight elsewhere and took out his anger and frustration on the dog. He kicked and stabbed Meira – and even though the knife got stuck in her back, he still forcefully removed it, lifting her right off the ground,” said Mfini.

The Chief Inspector for the SPCA Jaco Pieterse stated that the organisation was grateful that the Lansdowne SAPS worked with the SPCA on the case.

Although Meira’s owner was homeless and vulnerable, he took a stand against Solomons by testifying in court, reports Cape Town etc. Pieterse says the sentence sends out a clear message that violence against animals is not acceptable – the same as it is for humans.