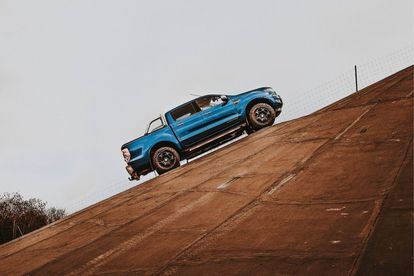 A man has been sentenced to 19 years imprisonment after stealing six Ford vehicles. Image: Pixabay

A man has been sentenced to 19 years imprisonment after stealing six Ford vehicles. Image: Pixabay

A man has been convicted and sentenced for the theft of six Ford vehicles to the value of over R3 million from a dealership in 2017.

Six vehicles stolen from a dealership

On 30 November 2022, the Musina Regional court found and sentenced 36-year-old Tsununu Ahmad Maphosa for burglary at a commercial location and theft of a motor vehicle.

Six vehicles were stolen from a Ford dealership by the accused and his co-accused on 9 December 2017.

They got away with six Ford vehicles.

This includes two Ford Everest’s and Four Ford Rangers to the value of over R3.2 million.

The incident was reported to the police right away.

A case was opened and sent to the Hawks’ Serious Organized Crime Investigation for additional investigation.

Believed mastermind at large after being released on bail

Five of the six stolen cars were found in the Masisi neighborhood near the Limpopo River on the same day they were reported stolen.

All of the drivers fled after the vehicles were stopped as they attempted to cross the Limpopo River into Zimbabwe.

Maphosa was apprehended in the area while attempting to flee with the aid of law-abiding locals.

Another suspect, Raymond Sibusiso Tshabalala, was apprehended in Gauteng Province as a result of the Hawks’ ongoing investigation.

Tshabalala is thought to be the mastermind behind the vehicle theft syndicate.

Tshabalala is still at large after being released on bail and having a warrant of arrest issued against him.

Maphosa to spend a total of 17-years in prison

Maphosa was never granted bail before being found guilty and sentenced as follows:

Maphosa will serve a total of seventeen years in prison and was also declared unfit to possess a firearm under the Firearm Control Act.